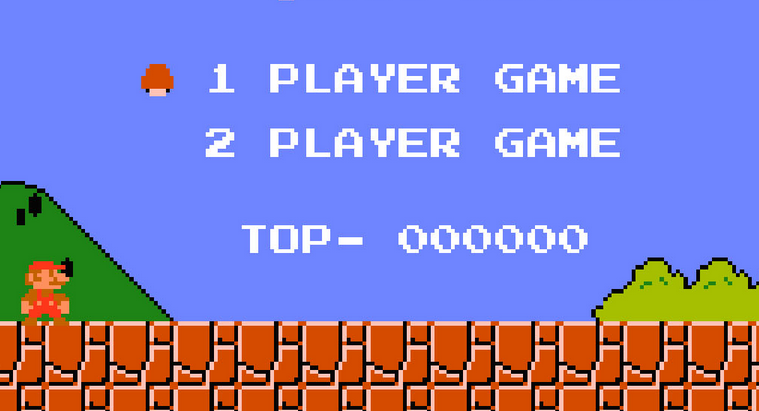 As an industry that has grossed roughly $20 billion on a yearly basis for almost the entirety of the last decade[1] video games have come a long way over its sixty-year-long lifespan and the impact it has on Western culture is still growing rapidly today. After having to hurdle obstacles and other impediments, the progression of video games, and the value of the medium as an art, has begun a steady incline after the leveling of a helter-skelter history where “gaming” was seen as near-detrimental to the quality of American society. The anti-video game allegations throughout the 1990s and early 2000s marked as a major transitioning phase — and by the start of the 2010s, a major milestone — as the video game medium struggled to find its place as a validated form of regular entertainment.

It’s important to consider how the exact inception of video games back in the 1960s impacted the way they would be viewed by the people that were privileged enough to be the first to experience the first manipulation of a television picture. That begins with Ralph Baer, and the primarily science-oriented audience that witnessed firsthand the first major pillar of video games that everything has spawned from.

Relative to what the majority of people envision when thinking of video games, Ralph Baer’s work is extremely simple. The interaction was so basic that many would not even recognize it as a video game upon the initial look at the display of the early 60s. To most the concept was an interesting niche, and that mindset stayed that way for quite some time.

Most had not considered what Baer’s work would entail half a century later.

The majority of people who did take the initial dive into the home console market did not consider the first home console to be a revolutionary technology. The 1966 Magnavox console’s “gameplay” encompassed one to three on-screen white boxes that could be maneuvered around screen. Those who wanted to play would overlay a transparent plastic screen in front of the television display that the console was connected to.

To most people it was little more than a glorified electronic board-game entertainment device, but Baer understood the potential for it to expand beyond that, and in the following years soon after the ball began to roll on the creation of gaming. The public was largely apathetic towards the up and coming technology.[2] The Odyssey was generally promoted as a fun learning device for kids, and was even considered a great tool for its educational purposes potential. The early advertisements promoted the home system as a “total play and learning experience for all ages.” However, it was the bonafide “geeks” of the time — especially in colleges and universities across North America — that had their interest piqued in seeing these ideas that Ralph Baer brought forth expanded upon.

While the 1960s may have been the catalyst for the industry to begin moving forward, the 1970s were truly the time where the American public began to slowly take a minor interest in the hobby. The quality of video games began to explode as the technological limitations were lifted[3] and the first popular game, Pong, was released. Made by Atari and more specifically attributed to Atari’s founder, Nolan Bushnell, Pong was the first game to bring structured multi-person gameplay that was easy to play, but challenging to master. This attitude helped video games flourish as those who played the game immediately looked to compete with whoever they played against.

Because of the refined structure in games, the general consensus towards them began to explode in popularity. In the late 1970s video games’ prevalence in arcades skyrocketed with kids and teenagers heading to them in droves with small communities surrounding each local arcade. This expansion of gaming from scientists and computer techs, to a much larger and younger demographic begins the first public support for gaming.

For a moment, it seemed that the support that the industry had gotten would be an immense blessing, but in reality it was a curse lurking underneath. The first and second generation of video games (1970-1977; 1977-1983) introduced some of the most iconic games of all time. Games like Pac-Man, Space Invaders, Frogger, and many more created immense buzz in the market on home consoles like the Atari 2600. Profits were exploding, but very soon the market became saturated just as the news media was beginning its first somewhat respectable coverage towards the medium.

Competition had grown fast between game publishers, and investors saw the video game business as an untapped gold-mine with everyone suddenly heading there at once.  Business executives in charge of publishing the games didn’t fully understand what creating a game required and simply demanded as many games to be released as they could get. These absurd demand requests hindered developers with stringent time schedules. Most game makers were no longer able to find the time to make something unique or interesting and instead recreated old games but with slightly different styles and concepts. After a short time of massive improvements with seemingly every game’s release being better than the last, consumers quickly noticed when the quality nose-dived and the entire industry was on the verge of total collapse.

Most major news-media outlets had concluded that the North American Video Game Crash of 1983 was the end of a fad[4]; the end of a simple phase in American culture. For a few years they were right. Outside of the local arcades, home video game consoles were on a dramatic decline, and representation of gaming was fittingly non-existent. However, in 1985 a relatively new Japanese company, Nintendo, had nearly single-handedly saved the entire industry and began a rebirth of video games in the United States.

One of the biggest keys to this rebirth was just a single game character that is now intrinsically integrated into the American consciousness — Mario.

With the Mario games came a true gaming “franchise.” Mario wasn’t just a great game with a fun narrative, unknown secrets, and colorful visuals though. Mario was a character. He had a background, a recognizable look, and a mission [5]. Nintendo’s creative director and game designer, Shigeru Miyamoto set the model for almost all future gaming franchises with these refined ideas for creating a long-standing game. The ability for gamers to identify with the game as the following of a character creates an endearment to the character. This leads to increased exposure in the media as such an identifiable character is more easily expressed and shared to those that had not yet even tried to play a video game. Games were seen as little more than entertaining ways for kids to waste time.

Games stayed as a this perceived campy form of entertainment for the following eight years after Mario’s release, but as a new graphical fidelity level is reached the realism that games shared with the real world became disconcerting to parents and led to one of the first major uproars against video games. Specifically, the game Doom (released in 1993) took the brunt of the attack against gaming. The gory visuals and graphic violence had many claiming children could be manipulated into becoming “mass murder” killing machines[6].  Though gaming continued to flourish throughout the 1990s with the release of the PlayStation and Nintendo 64, the controversial undertones associated with video games were extraordinarily prominent in most reports associated with the medium.

Though reporters, journalists, and other talking heads on major network news channel painted a negative picture, the public was still captivated by video games, computers, and the new consoles . Amid the chaos of the new violence-inducing reputation video games had, the game developers and artists kept moving forward and another crucial step in games becoming a greater resemblance of the games today became prominent.

Throughout the mid-late 1990s and the early 2000s games took on more in-depth stories that had gamers not only enjoying the game they were playing, but immersed in the universe associated with them. Games became a form of story telling, and the ability for game creators to convey meaningful messages grew exponentially over the 2000s decade. The start of contemporary game franchises began in the early 2000s with the releases of Halo: Combat Evolved, Call of Duty, Grand Theft Auto III, and the continuation of the Metal Gear series. These games all followed the same formula that Nintendo promoted in the mid 1980s with a recognizable character for players to identify with[7].

While the gaming community was still under represented in the media the sub-communities that expanded with the increased popularity of multiplayer gaming, created the feel of something greater with each person defending the console of their choice over the others and rivalries spawning between game developers and publishers again like they did during the early 1980s. However, this time the industry had learned from the past mistakes and the competition promoted rapidly improving game quality.

By the end of the decade video games were considered commonplace and normal in society. The media’s perception, while still sometimes skewed, now showcases games as beneficial to society[8] and a vital asset to American culture. Business-wise, investors show a respect towards the critical consumer audience that follows the industry, and those business decisions have been rewarded.

From 2010-2015 American games have outsold the entirety of the film industry, and more impressively in 2013 one single game (Grand Theft Auto V) outsold the entire music industry of that year. The sheer prominence and rapid growth of video games, and the American culture’s infatuation with gaming had outlasted the negative claims throughout its history. From the beginnings as an interesting “toy” in the 1970s, to the dubbing as a fad in the 1980s, to the allegations of a danger to society in the 1990s;

the American culture’s perpetuance of games has helped the medium reach a more prestigious term of endearment — “art form.”