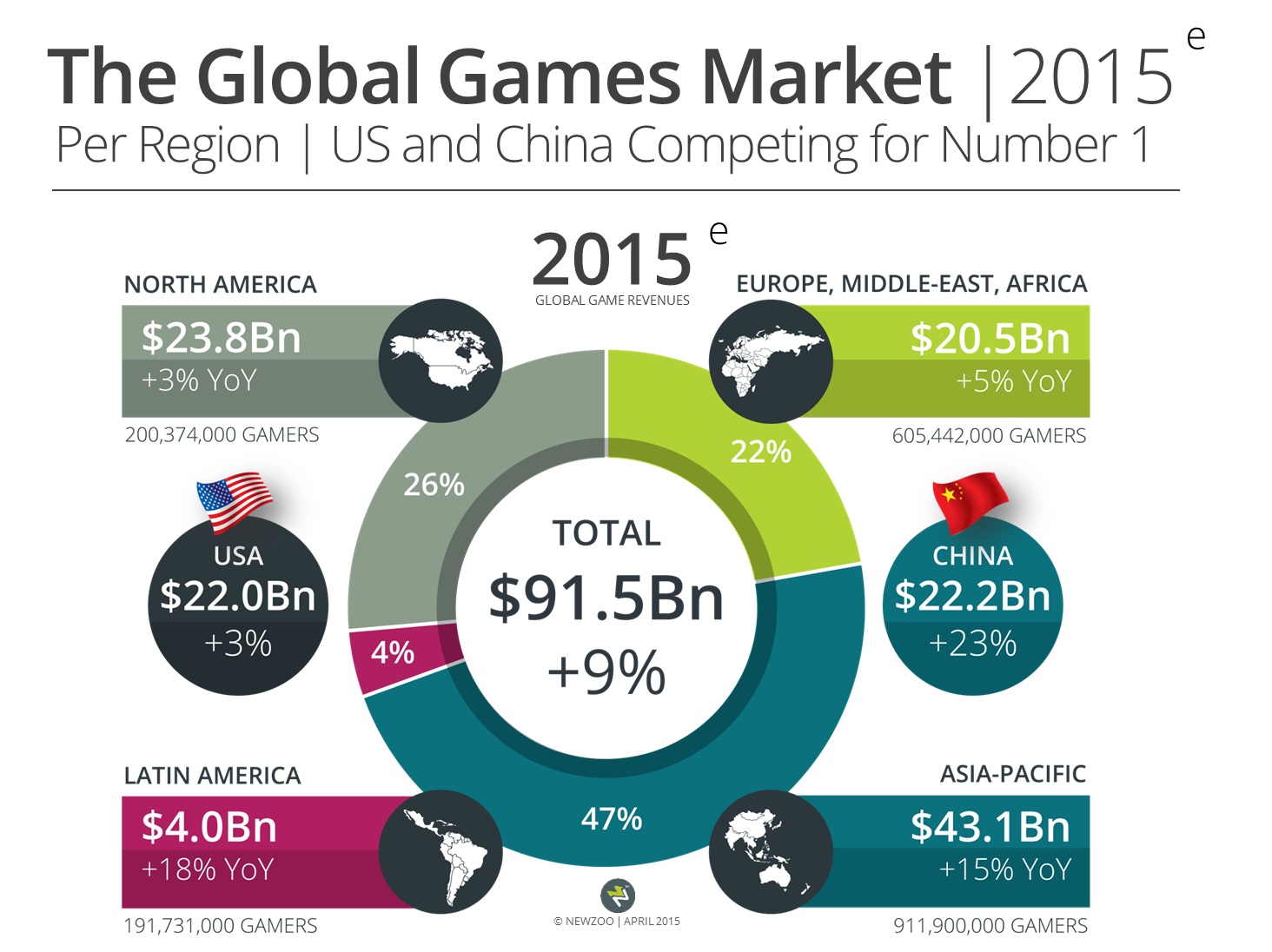 With the new generation consoles just starting to hit their stride, new VR technology being revealed and released, and markets around the world flourishing, the games marketing research team at Newzoo is anticipating massive revenue gains by the end of 2015.

America alone has leveled out at a steady $22~ billion but the industry is expecting to see massive gains in China, the Asian Pacific, and Latin America. China will now surpassed that of the American market with a $22.3 billion value after a 23% increase over the last year according to Newzoo’s most recent report. The exploding eSports scene and mobile platforms have been contributing significantly to this recent surge.

Tablets and smartphones especially have undergone significant growth with tablet games up 27% and phone games up 21%. Between the two platforms they take on a third of all industry value with $30 billion.

Despite all this success handheld consoles are still on the decline with a 17% projected loss. The fall of the Nintendo DS and the PSP are clearly evident, and it seems that it won’t be changing anytime soon especially with the new, greater convenience of smartphone games.

Though the overall success of the industry is fantastic as it currently stands, gamers and investors can expect even greater gains in 2016 and 2017. Virtual reality headsets are just beginning to expand and with Valve and Sony readying their new tech for the end of this year a new sub-industry will bring even more revenue in for the companies that get involved early.