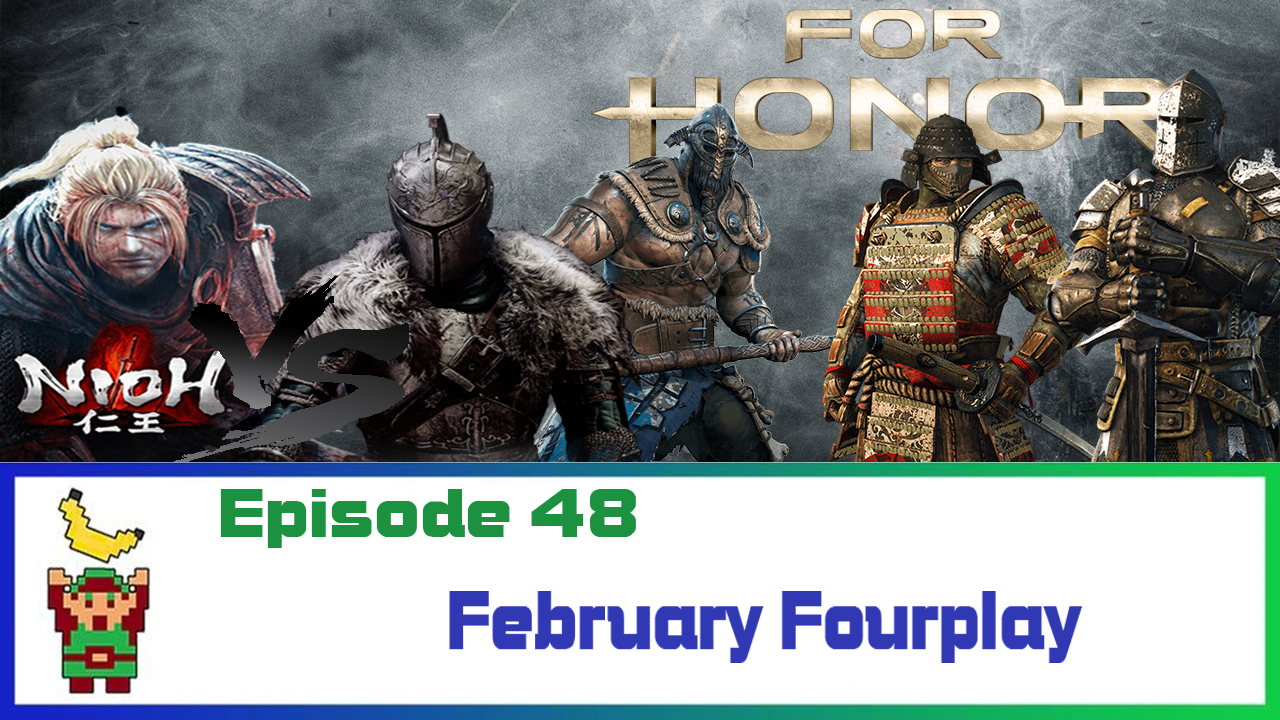 In this episode Matt has finally started catching up on some of the better games he missed in 2016. Chris gives his impressions on for Honor and talks about what makes Nioh different and unique from the souls series. So it’s business as usual on the Platinum Achievement Podcast. Oh, and Matt and Chris agree to Platinum 4 games in February, one of which is Ratchet & Clank, which they have agreed to talk about when finished. 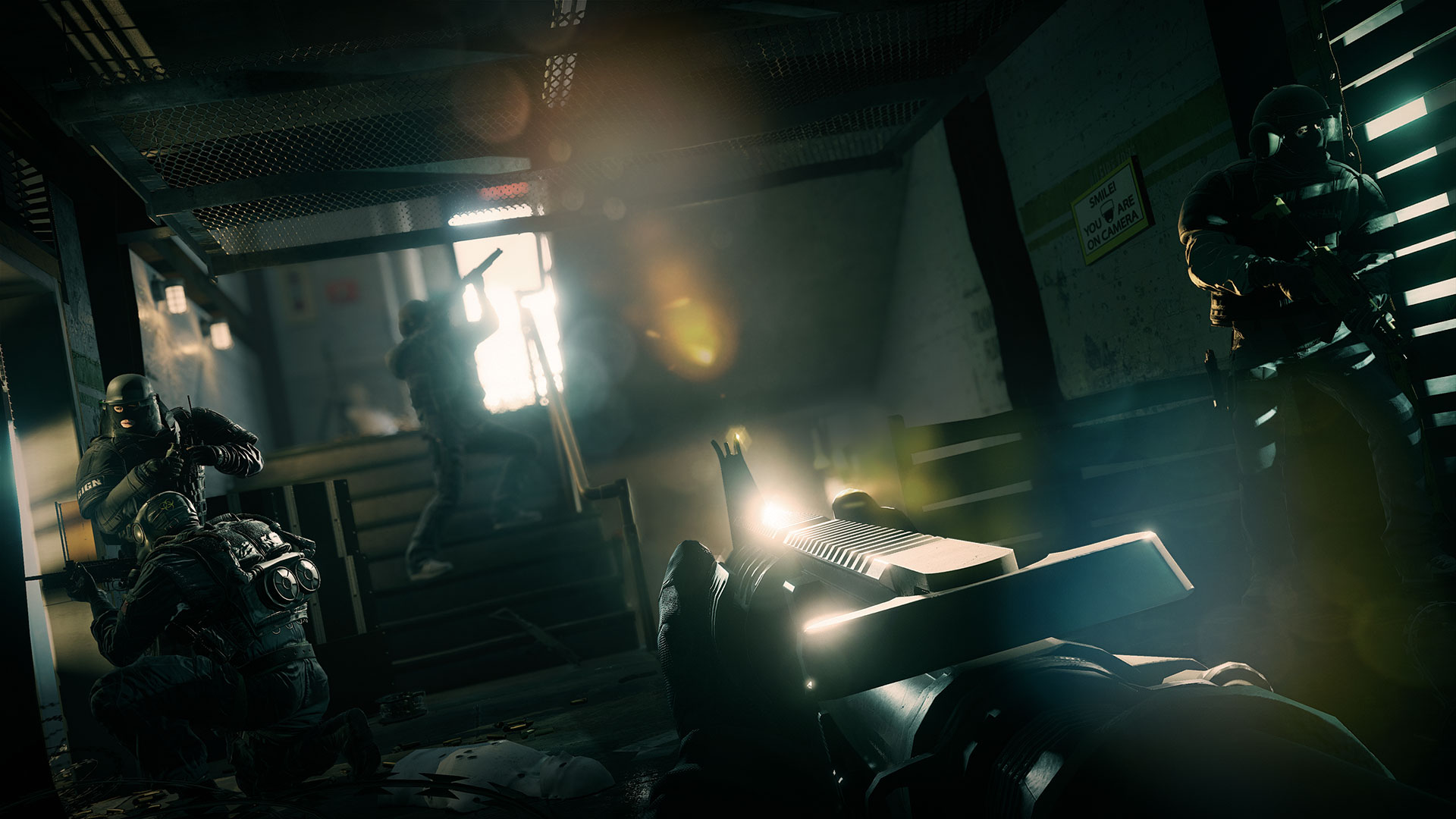 Just days after the Ubisoft leak of Rainbow Six: Siege’s closed alpha gameplay the developer is now looking to move forward and has opened the sign-ups for their closed beta for PS4, Xbox One, and PC. The recent closed beta footage showed some unfinished textures, lackluster lighting and shadows, and sloppy movement mechanics that still need to be addressed.

Most fans of the series need to be hoping that the Ubisoft will be able to reach the quality of gameplay that they had initially showcased in their initial trailers and gameplay videos.

For those who want in on the closed beta you’ll have two options — either pre-ordering the game itself or signing up for the wait list and completing a nine step survey on the Ubisoft website.

No date has been revealed on exactly when the closed beta will start, but an email notification will alert those chosen for the beta when they can expect to get the early look. 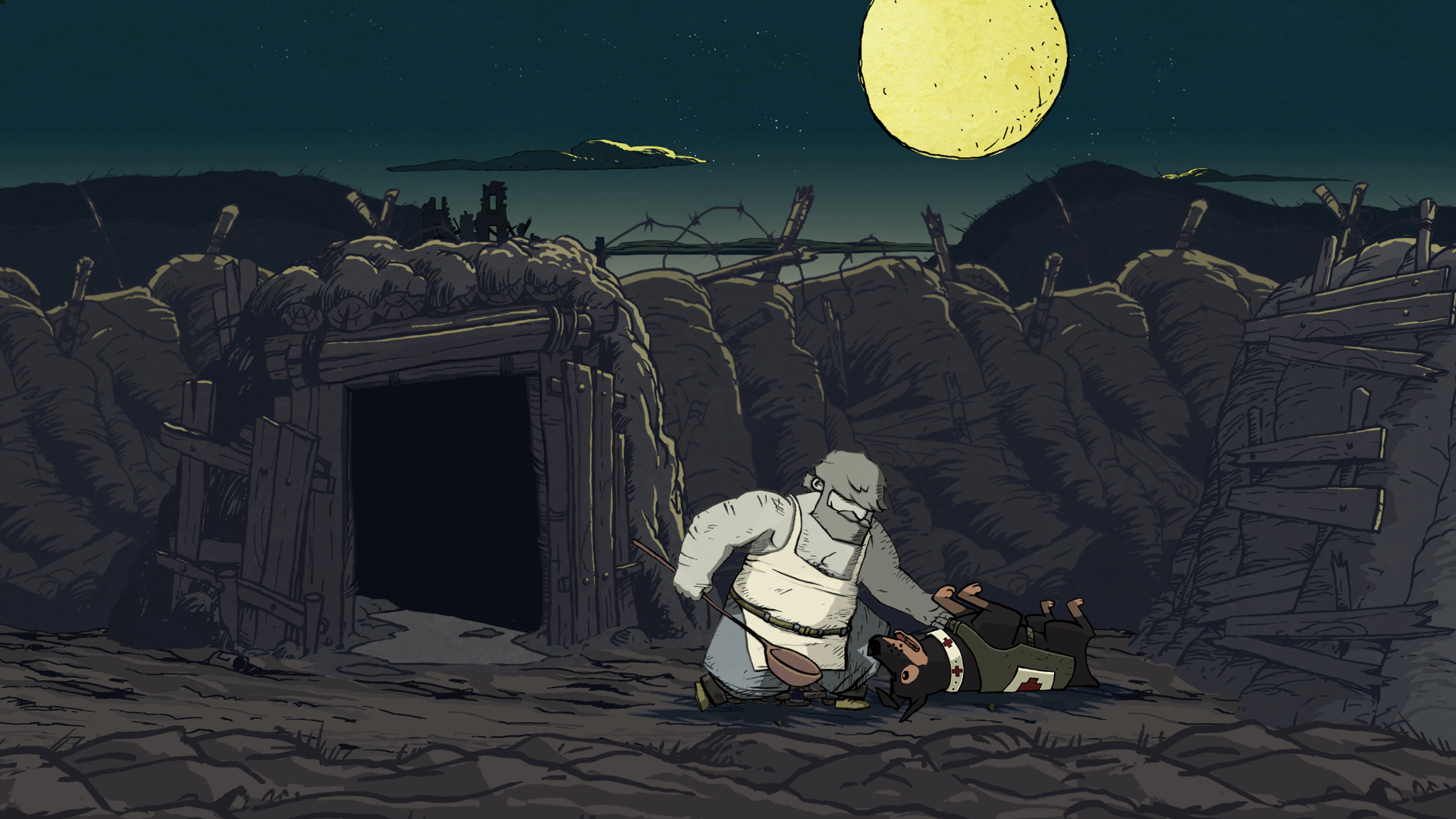 Valiant Hearts brought an incredibly heart-felt World War I narrative, but the chances of Ubisoft replicating that same success in a sequel just took a major hit as Yoan Fanise elected to move on in his career.

Valiant Hearts offered a 2D style with no dialogue or intricate gameplay features, but Ubisoft showed they didn’t need any of that to create a fun and captivating story with Fanise leading the way.

It seems now the nature of the game and the labels that some gamers associated him with has caused a falling out that seems to have been a long-time coming according to an interview between him and Gamasutra.

Citing his previous work with Beyond Good & Evil, a 2003 action-adventure game, Fanise claims the mood that he and other developers felt as they worked on projects together has died as AAA business models impacted the direction of his games.

“I mean the industrial scale and organization of a giant project like Assassin’s Creed removes some direct connection between people from different job categories, for example. Your interactions are limited, and it is really difficult to have a global vision of the finished game. But at that scale, it would be very hard to make it different.” – Yoan Fanise (Gamasutra)

He makes a very valid point concerning a rapidly growing problem in the industry, and his work with Valiant Hearts exasperates the reality of it. Valiant Hearts was a tremendous success and was made in the same spirit as Beyond Good & Evil but even with its success the game is vastly overshadowed in comparison to the blockbuster games that so many publishers fight to create.

How Fanise will look to deter from the ever-prevalent AAA business model is still to be determined — but an indie approach is a definite possibility.

“There are a lot of really interesting opportunities, and I’m still taking time to find the one that is most exciting, Why not go real indie after have been called “fake indie” during my 2 years on Valiant Hearts?” 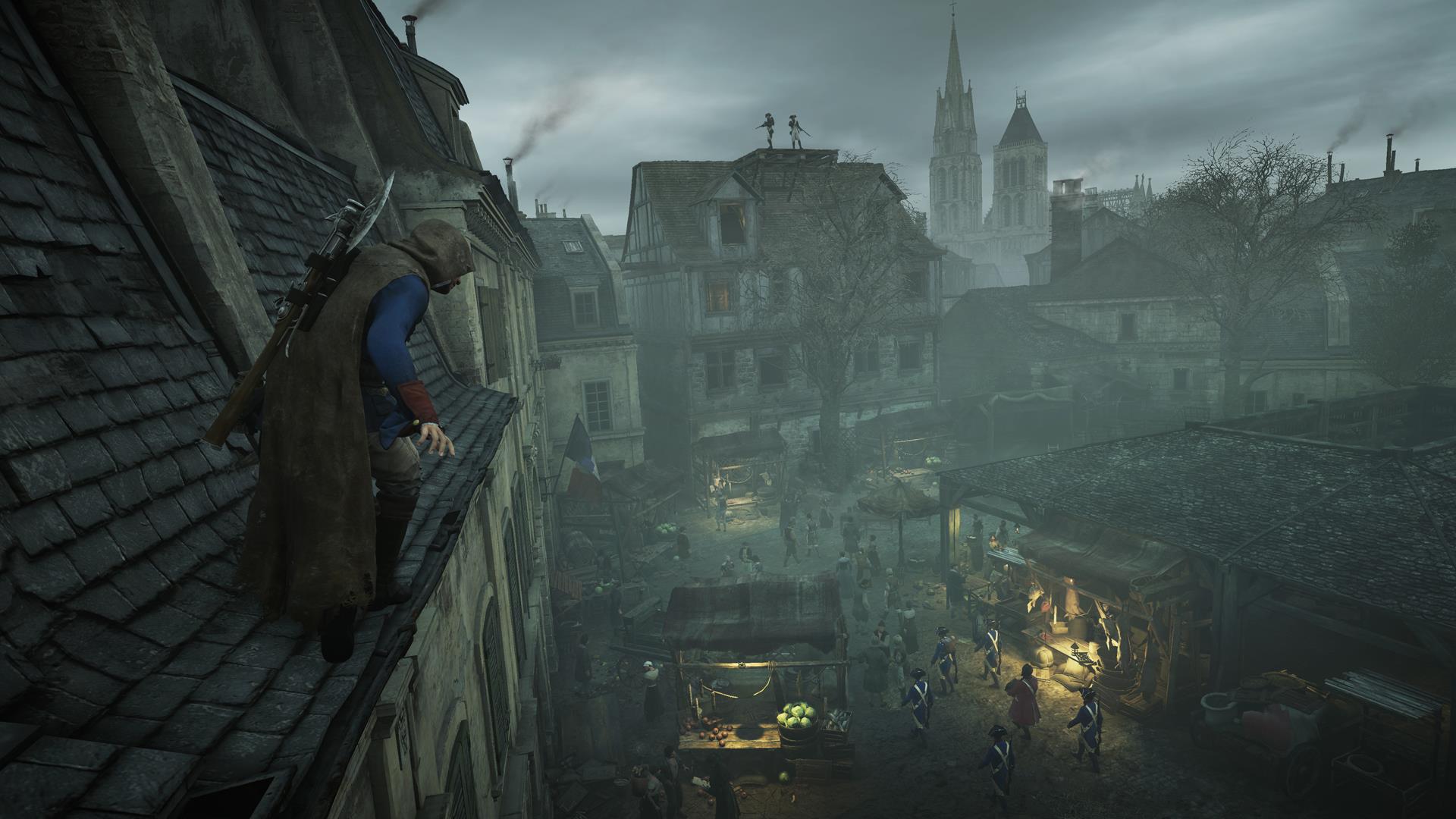 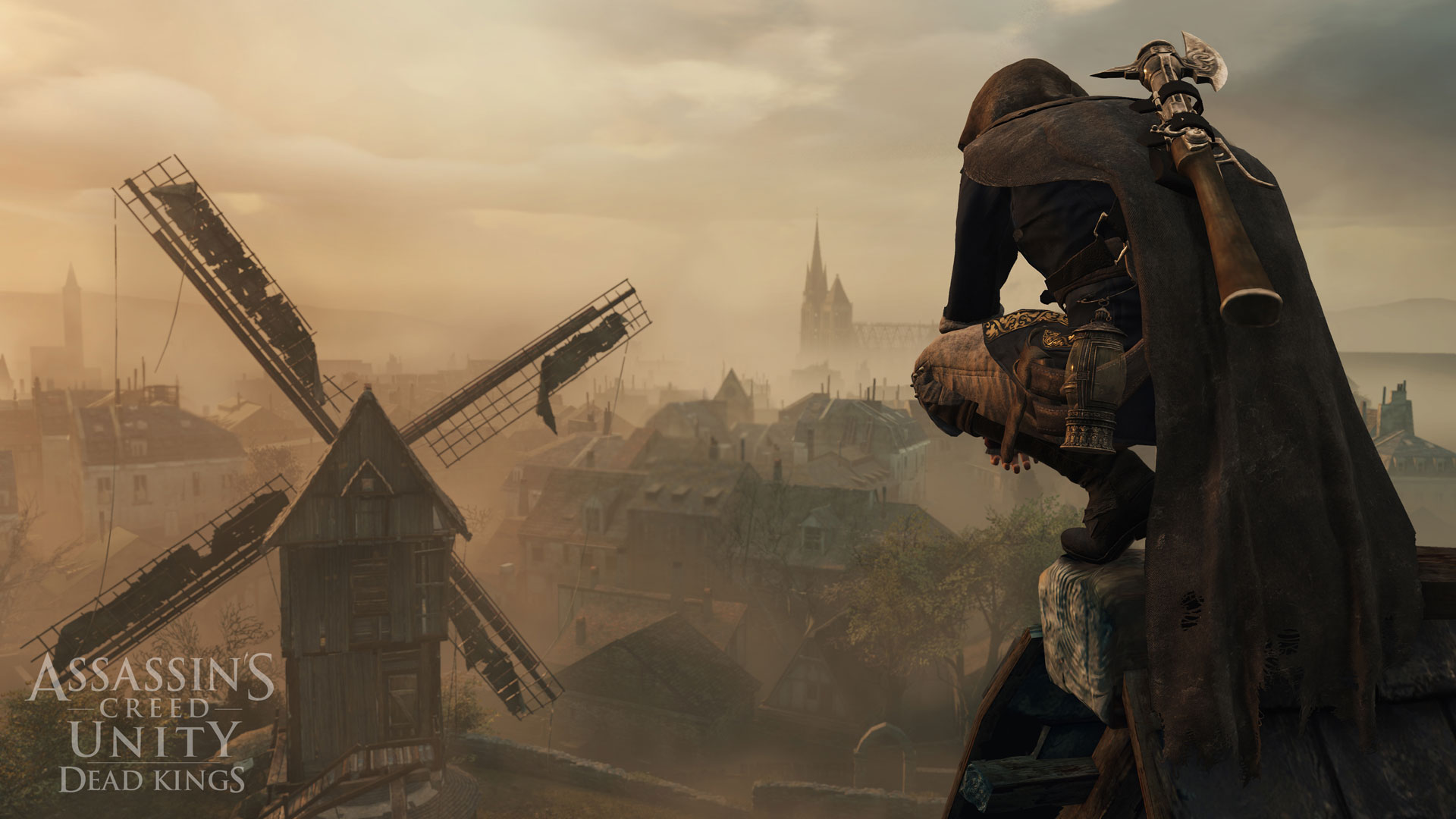 “Unfortunately, at launch, the overall quality of the game was diminished by bugs and unexpected technical issues. I want to sincerely apologize on behalf of Ubisoft and the entire Assassin’s Creed team.” – Ubisoft Update (11/26/14)

The stability of the game has been struggling over all platforms with inexplicable framerate drops and a variety of glitches and bugs holding back a smooth gameplay experience. The most prominent issues may be on PC though. Ubisoft has been notorious for poorly optimized PC ports, but even this game was notably worse than anyone could have expected.

As the developer works to repair the problems with the Assassin’s Creed, they’ll be looking to win the support back from fans with a free DLC (Dead Kings) for all players and a free game in its entirety for those who purchase Ubisoft’s Season Pass.

Ubisoft isn’t skimping on the games they’re offering with Far Cry 4 and The Crew available — two high-profile games that have just recently been released as well. (More info on the compensation here.)

Though the offers are great, it’s more likely that fans, especially PC gamers, will be hoping for just a better optimized game over all else.

More and more developers have been electing for a “Season Pass” type system, and Ubisoft will be no different with Far Cry 4.

Far Cry 4’s season pass package of bonuses will give players an assortment of new missions to experience, as well as a unique PvP multiplayer mode for those that elect to pay the additional $29.99.

The selection of missions should be very exciting to play through, with each having a unique style and a mix of them including multiplayer as well. There’s enough variety within the package to make the the extra costs worth it.

Here’s what you’ll get:

Maybe the most exciting inclusion, the Valley of Yetis, will have a new PvP mode for gamers to experience. The yeti is just one of the many creatures you’ll be witness to in the journey through the insane world of Kyrat, and this game mode will put the spotlight on them.

Far Cry 4 releases on nearly all major platforms (Xbox One, Xbox 360, PS4, PS3, and PC) on November 18th 2014. Look for the game to be available on the Xbox Store, the Playstation store, and Steam in the coming weeks.

The world of Kyrat looks to bring one of the most diverse selections of environments ever available to a Far Cry game.

But it’s not just the incredible vistas and landscapes to admire as you travel through Kyrat, the game promises a story line just as riveting as the last Far Cry.

The style of the game clearly draws from the success of Far Cry 4, with a similar plot line, more interactive wildlife, and deep characters.

The pink-suited and well kempt man that has been showcased throughout almost all of the trailers released so far, Pagan Min, behaves and acts in a fashion that resembles the striking image of Vaas Montenegro from Far Cry 3.

Ubisoft has emphasized their ability to develop complex personalities that players encounter throughout their games and this trailer shows even more insanity and depth for what will likely be crucial characters within the story.

Rocksmith, the incredible music-genre game from Ubisoft that utilizes a real guitar, is credited with being the fastest way for someone to learn the guitar, and it’s now coming to the new generation consoles.

The previous gen iteration of Rocksmith had incredible results for those using it to learn, and was generally well-received from critics as well. A study from last June that encompassed hundreds of participants from major cities across the U.S. concluded that the title was the “fastest way to learn how to play the guitar.”

Now with Rocksmith 2014, Ubisoft looks to do nothing but improve the core of the game with better note accuracy, over 50 tracks to play, and a 1080p resolution that promises “better clarity and visual quality.”

Now to fit the more prominent social gaming experience, Ubisoft will also be including an integrated streaming/capture system so players can more easily record and share how they do.

For Playstation 4 players a remote play function is being implemented to allow those who leave their TV the ability to view the progression of songs. (No input or scoring.)

Rocksmith 2014 will be coming to Xbox One, Xbox 360, Playstation 4, Playstation 3, PC, and Mac on November 4th later this year.

Ubisoft’s official blog unveiled today that Watch_Dogs will soon be available on Nintendo’s WiiU as it releases November 18 — just about one year from its initial release on the other major consoles.

With specifics of the game changed specifically for the WiiU’s gamepad to enhance the gameplay experience. Players will be able to play the title entirely on the gamepad with Off-TV Play, but when it is connected the controller’s screen will function as the interactive Chicago mini-map.

The Bad Blood DLC for Watch_Dogs will be coming later this month for the Xbox One, Xbox 360, Playstation 4, Playstation 3, and PC renditions of the game.