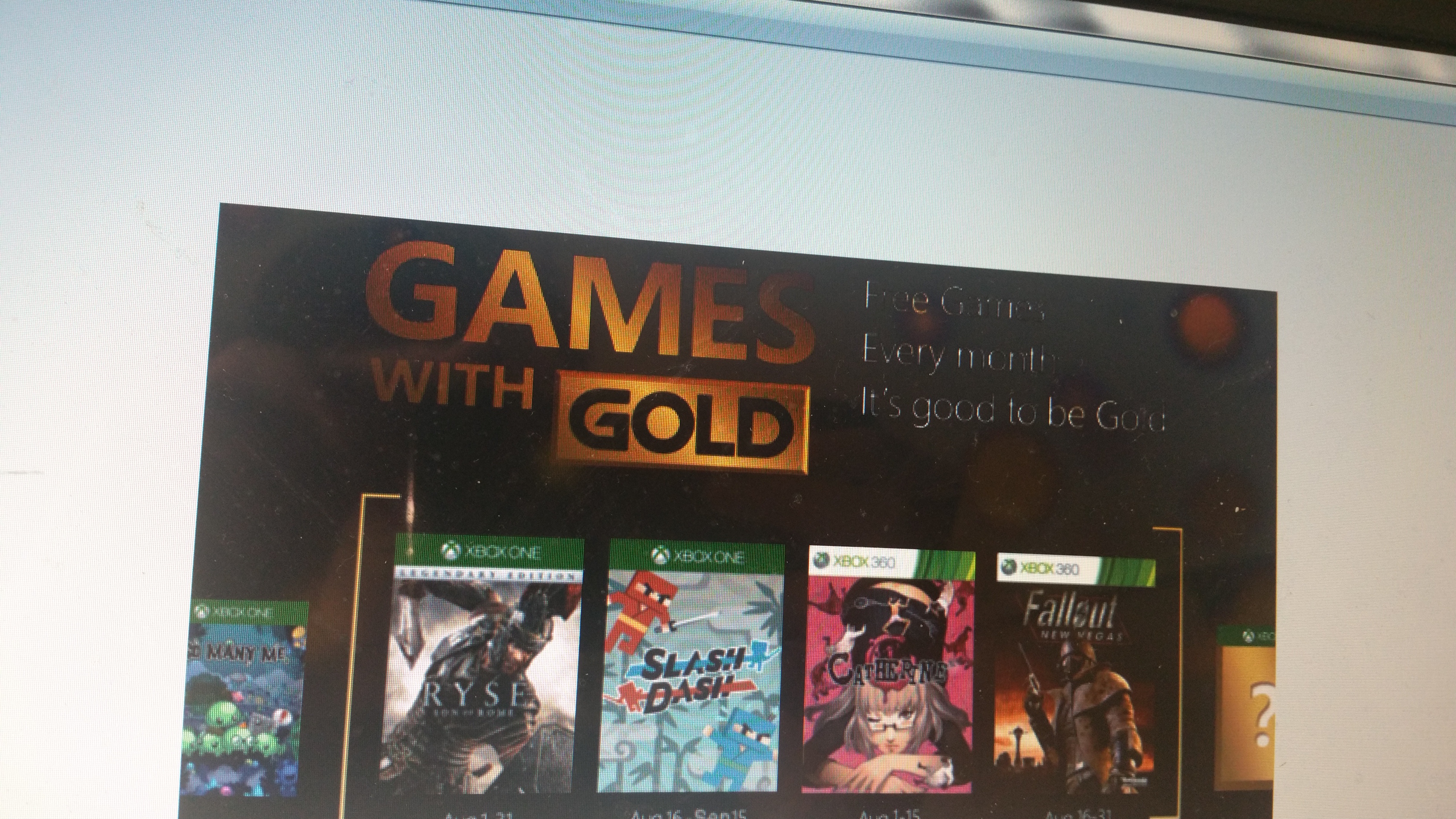 At the start of July Microsoft rolled out one of their best months of Games with Gold yet on the Xbox One offering both Assassin’s Creed IV: Black Flag, and So Many Me — a campy and very fun indie game. Some speculation has arisen regarding how or if Microsoft will be able to top that and a rumor began to spread on 4chan.org supposedly leaking the Games with Gold for August.

The image on /v/ shows both Ryse Son of Rome: Legendary Edition and Slash Dash for the Xbox One as well as Fallout New Vegas and Catherine on the Xbox 360.

While the games rumored are not particularly outlandish, the likelihood that Ryse would include all of its DLC is unfortunately too good to be true.

In addition, Slash Dash has released less than a week ago and Microsoft has yet to handicap an indie title like this so abruptly after it’s initial release.

Perhaps the biggest giveaway is the incorrect Xbox 360 circle logo at the top left corner which is an older design using a darker gray.

Xbox’s Games with Gold will soon be officially revealed, and while there is still a glimmer of hope that this rumor could be true, it’s really just a blind shot in the dark. Check out MajorNelson’s blog for official word on what the next selection of free games will be.

Update: Phil Spencer confirmed that this is not August’s Games with Gold lineup.