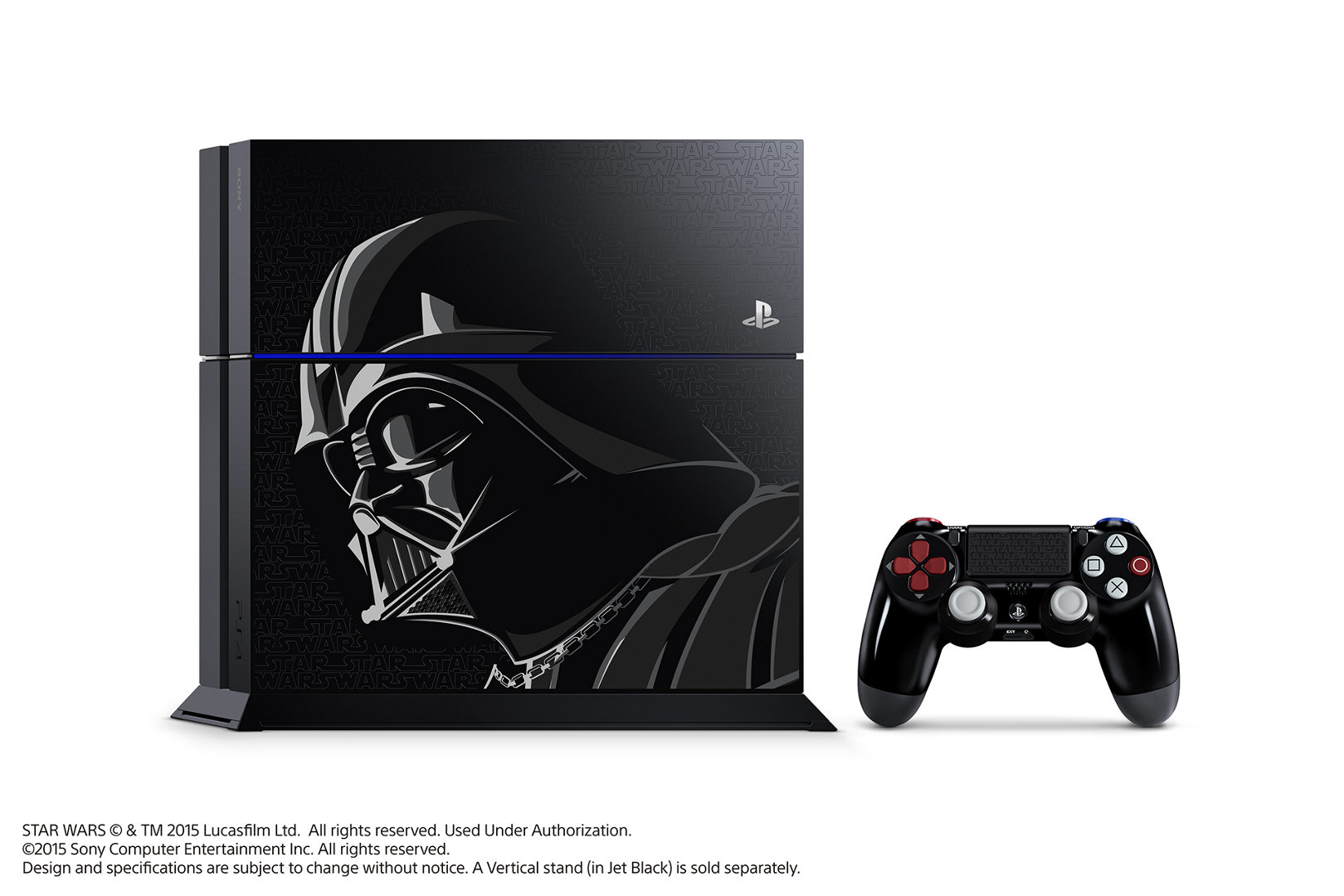 It was only a matter of time before Sony delivered the proverbial slice in its flagship console’s price tag from its debut price of $400 to Microsoft’s competing $349 mark.

“Since the launch of PS4, we have been thrilled with the amount of gamers jumping into the world of PlayStation for the first time. If you haven’t made the jump yet, and you’re starting early on your holiday wish list, I have good news – we’re dropping the price of the PlayStation 4 system in the U.S. and Canada. Starting tomorrow, October 9, you’ll be able to pick up PS4 starting at the new price of $349.99 USD / $429.99 CAD (MSRP).”

This move is geared toward continuing Sony’s reign atop the consoles sales with a slew of interesting holidays bundles hitting shelves in November, some of which include Uncharted: The Nathan Drake Collection Bundle (10/9), Limited Edition Call of Duty Black Ops III 1 TB Bundle, and of course, the mecca of PS4 bundles, Star Wars Battlefront Bundle.

However, if you want to obtain the limited edition Star Wars bundle, which includes the Darth-Vader themed console and DualShock 4, you will still have to shell out $399. But let’s be honest, do you want to argue with the Sith Lord over prices?

The PS4 is simply on fire, currently holding 50 percent of the console market. It has shipped over 25 million units as of July 31 and outsold Xbox in August for the fourth consecutive month. In fact, the PS4 has sold more than the Xbox and Wii U combined. 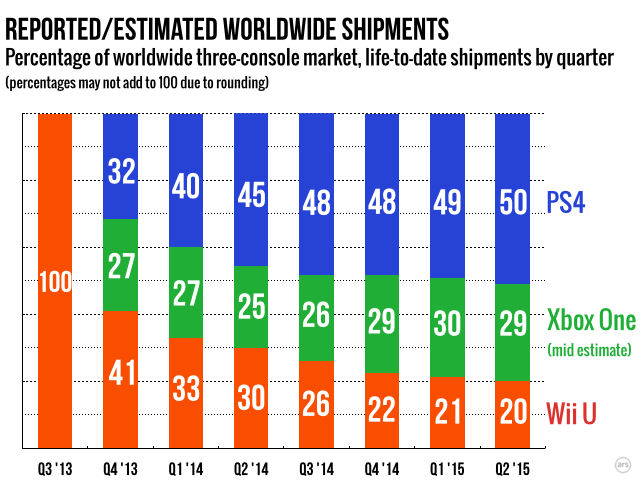 Xbox head Phil Spencer admitted in an interview with Videogamer, he’s unsure if Xbox could ever catch the PS4.

“You know, the length of the generation… They have a huge lead and they have a good product. I love the content, the games line-up that we have.”

As of October, PS4 console sales are estimated at 25.4 million, passing the original Xbox which sold 24 million worldwide.

Last year, Microsoft marketed the Kinect-less Xbox One for the holiday season as $349 and made the price permanent in January. But although the price change boosted sales for Microsoft, it did not slow down the PS4.

It’s also interesting to note the differences between this generation and last generation.

Xbox proceeded to create Arcade, Pro and Elite versions, each with new price tags. Meanwhile, PlayStation 3 received its first real price cut three in a half years after its launch when Sony introduced the PlayStation 3 Slim 120 GB for $299.

Sony put all its money into its launch and it seems what looked like an interesting race two years ago has turned into a lopsided affair. With the Black Ops III beta being “the most successful beta in the history of the PS4” and an exclusive Star Wars Battlefront bundle being offered only on the PlayStation brand, you can bet PlayStation’s owner base will grow over the holidays.

Yacht Club Games has finally declared when Shovel Knight’s DLC will be released. Every version of Shovel Knight, which includes the 3DS, Wii U, PS3, PS4, PS Vita, Xbox One, and PC, is receiving a free update that will add a new campaign for the game called Plague of Shadows on September 17, 2015.

Read information about the game that Yacht Club Games has on their blog below. Shovel Knight: Plague of Shadows is a free expansion for Shovel Knight, a sweeping classic action adventure game that won over 70 Game of the Year Awards in 2014. You play as Plague Knight, the villainous master of alchemy, in a quest all his own. Using his maniacal scientific mind, Plague Knight is seeking to concoct Serum Supernus, the Ultimate Potion. However, to retrieve these ingredients, he must extract them from his
former allies… the villainous knights of the Order of No Quarter! World class platforming, music, storytelling, and art all return in Shovel Knight: Plague of Shadows; an explosive quest with a new play style, new story, new bosses, and more!

Yacht Club Games has also mentioned that you will need to complete the original game before you will be able to play the new campaign and Challenge Modes. However, if you have lost a save file or have repurchased the game on another platform, the developers are willing to offer a special code that unlocks the new content. 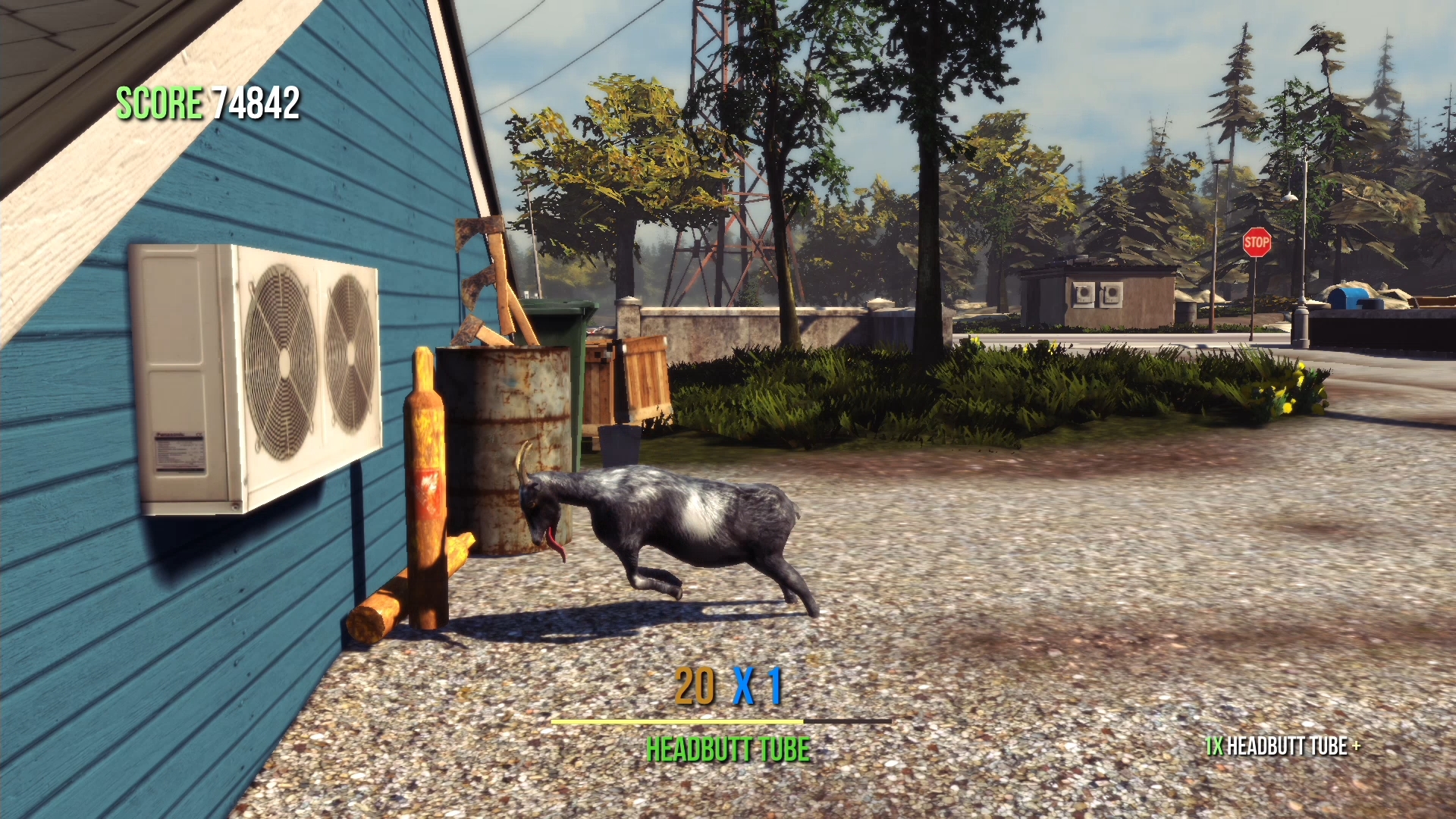 Goat Simulator originally released on Steam April 1, 2014 and was ported to Xbox One a year later, April 2015. Now the beautiful insanity of Goat Simulator is coming to PlayStation consoles next month after a collaboration with Coffee Stain Studios.

“You no longer have to fantasize about being a goat, your dreams have finally come true!”

Everything the game has to offer including flying goats and explosive mayhem throughout the open world is there for players to enjoy. Destroy as much as you can whether it be solo or with friends in local co-op modes.

The most unique aspect of this release is a new GoatVR — “the most authentic “simulated GoatVR experience” that doesn’t require a helmet or anything.” The part where they connect it to the actual headset isn’t quite done yet, but “we felt it better to stay ahead of the crowd and let it out into the wild.”

“Disclaimer Goat Simulator is a completely stupid game and, to be honest, you should probably spend your money on something else, such as a hula hoop, a pile of bricks, or maybe pool your money together with your friends and buy a real goat. Key Features • You can be a goat • Get points for wrecking stuff – brag to your friends that you’re the alpha goat • MILLIONS OF BUGS! We’re only eliminating the crash-bugs, everything else is hilarious and we’re keeping it • In-game physics that bug out all the time • Seriously look at that goat’s neck • You can be a goat”

If you can look past the disclaimer, Goat Simulator will be available for $9.99 when it releases August 11.

After three days in the dark, PSN has finally returned to the light of day across all devices in PS4, PS3 and Vita.

Last night, I reported that I was able to access all PSN services on both PS4 and PS3 around 10 pm.

Shortly thereafter, Catherine Jensen, vice president of SCEA Consumer Experience, posted a second statement on the Playstation Blog informing Playstation users the network is back up and running.

The Playstation support page is also showing the PSN status as green, but “Some latency may be experienced due to high volume.” 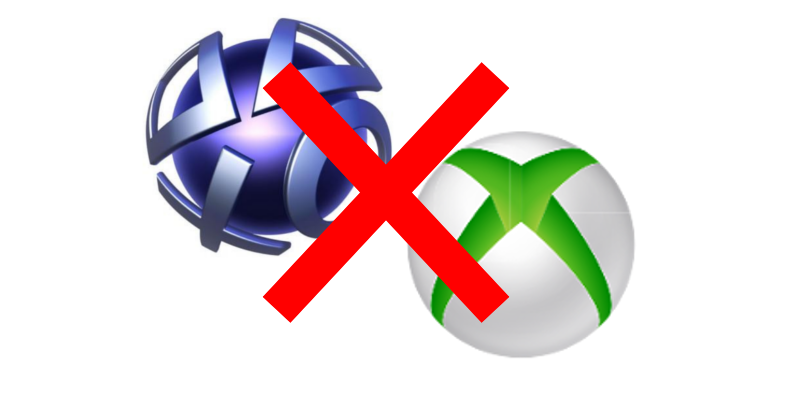 A third-person shooter set in the Dead Island universe is coming to both PC and previous gen (Xbox 360, PS3) consoles next week.

Fatshark, developer of Escape Dead Island, is describing their new game as a survival-mystery game, and the style looks to deviate quite a bit from the original games in the series.

While the setting remains, Fatshark has taken their own liberties with creating an entirely new experience under the Dead Island name. The single-player focused game encourages players to mix both the typical action style of combat and a more reserved stealthy approach throughout the story.

The game takes place between the event of Dead Island 1 and Dead Island 2. Players will learn the origins of the outbreak and a greater understanding of the Dead Island universe.