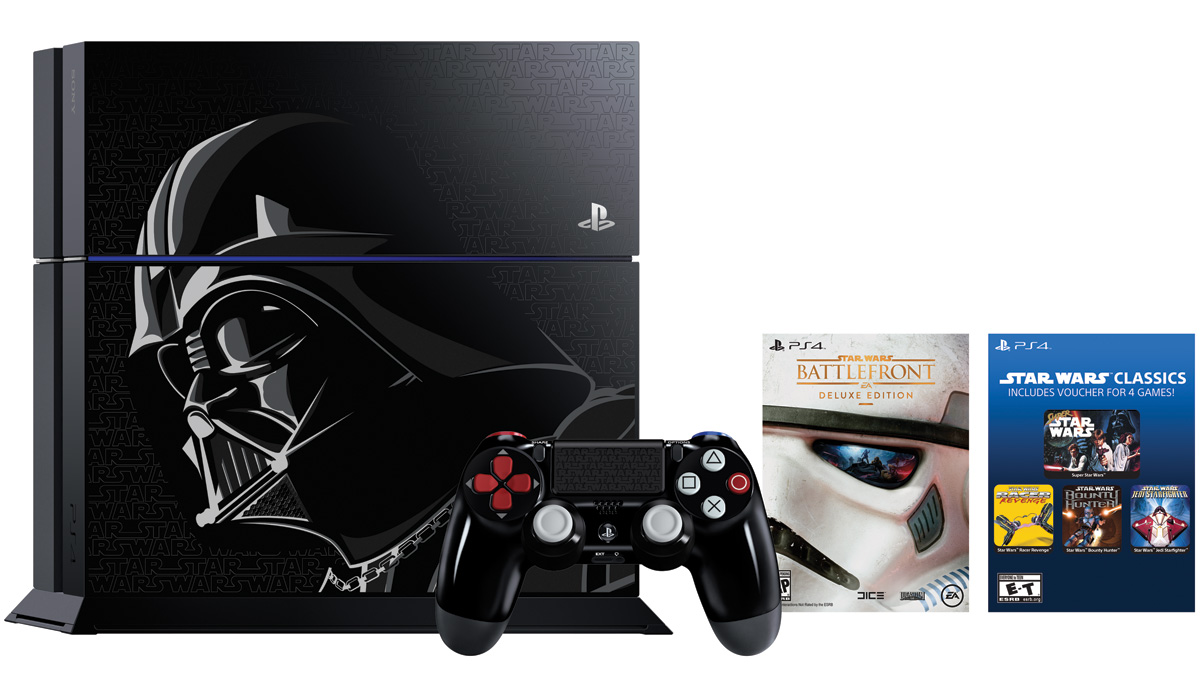 On November 17, 2015, the Playstation 4 is getting another limited edition console that features the glorious face of Darth Vader. Announced during the D23 Expo in Anaheim, the Limited Edition Star Wars Battlefront PS4 Bundle will come with:

Not only that, Disney Infinity has their own Star Wars bundle that’s coming out in November.

A standard edition bundle will also be available with the standard Playstation 4(CUH-1200 series) and Dualshock 4 with Star Wars Battlefront Deluxe Edition and the four classic Star Wars games.