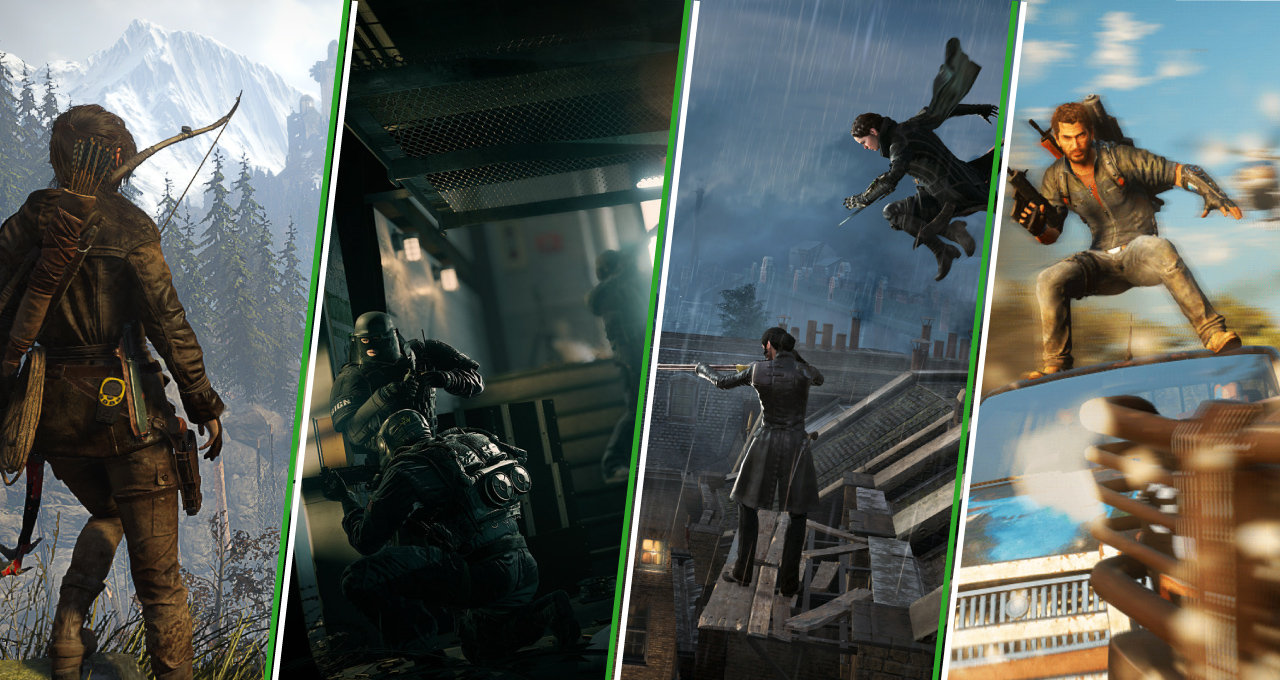 The 2015 holiday season is shaping up to be one of the most exciting ever with games like Star Wars Battlefront, Halo 5, Call of Duty Black Ops 3, and Fallout 4 on the way. But this huge surge of incredible AAA games on Xbox One, PS4, and PC is making the market tough for other games to record a more than solid Q4.

The aforementioned games may very well be fantastic, but there are others coming that would be top selling games any other year. Here are just a few that gamers can’t forget about.

Avalanche Studios seems to have finally perfected the Just Cause formula over the nine years the series has existed. Just Cause 3 (which I got the change to play at NY Comic Con) takes a good look at what fans of the franchise have loved and turns them into more refined features.

The first Just Cause game was on the fringe of being a good game with solid ideas that were made infinitely better in Just Cause 2. The sequel offered better grappling hook mechanics, more destruction in the environment, and a larger world.

And this upcoming third game? It offers better grappling hook mechanics (three-way grappling hook), more destruction (fully destroyable bridges, refineries, and more), and a larger world… and a new feature to keep the gameplay fresh and evolving. A wing-suit has been introduced and in conjunction with the parachute and grappling hook players can virtually fly — pulling themself across the terrain as they glide by.

Ubisoft has bordered on the line of oversaturating the market with Assassin’s Creed games, but the quality of them is (normally) worthy of being mentioned in this list. Syndicate brings a slightly darker feel to the excellent Assassin’s Creed engine running things.

Now set in Victorian London just as the industrial revolution changes the landscape of western society, Assassin’s Creed: Syndicate looks to have an interesting narrative taking on another setting seldom explored in gaming. Despite the enjoyment fans of the series surely will find in it, this is a prime game to miss it’s target sales numbers (especially considering gamers seem to be growing tired of the year-after-year releases of the games).

Though the recent beta has done a decent job creating some excitement for the first Rainbow Six game since Vegas 2 back in 2008, Rainbow Six: Siege is flying relatively under the radar despite it bringing back the classic realistic/intense style of the franchise to the new generation.

Rainbow Six thrives around player communication and strategy, and gamers looking for something that contrasts to the casual Call of Duty/Battlefield games. Rainbow Six is not a game in position to reach the same level as those games sales-wise simple because of the nature of the game, but any other year this game could be a top 3 game being sought after by way more gamers.

Rise of the Tomb Raider

Microsoft was banking on Rise of the Tomb Raider giving it an advantage in exclusives this holiday season, but with so many multi-platform titles it’ll be tough for Tomb Raider to make a significant dent in the market. There’s no question though that the quality of the game will be fantastic. Tomb Raider: Definitive Edition currently available on Xbox One offers one of the best most exciting narratives.

The adventure game has been a consistent icon in gaming — especially with it’s prevalence on the PlayStation 1, and Microsoft would have struck gold if this game was not poised to be overshadowed by other games this holiday season.

Rise of the Tomb Raider

releases November 10 with timed exclusivity on Xbox One.

Open world freedom with insane physics-defying stunts and actions has always been the mantra for Avalanche Studios’ Just Cause series, and some recently released screenshots show more of the same in Just Cause 3.

With the same grappling tool that makes the Just Cause game a unique open-world experience, the third installment of the series as Rico Rodqiguez takes the reins again with a new addition — a wing-suit.

The wing suit will add a whole new dynamic of exploration in addition to the various vehicles and weapons at Rico’s disposal.