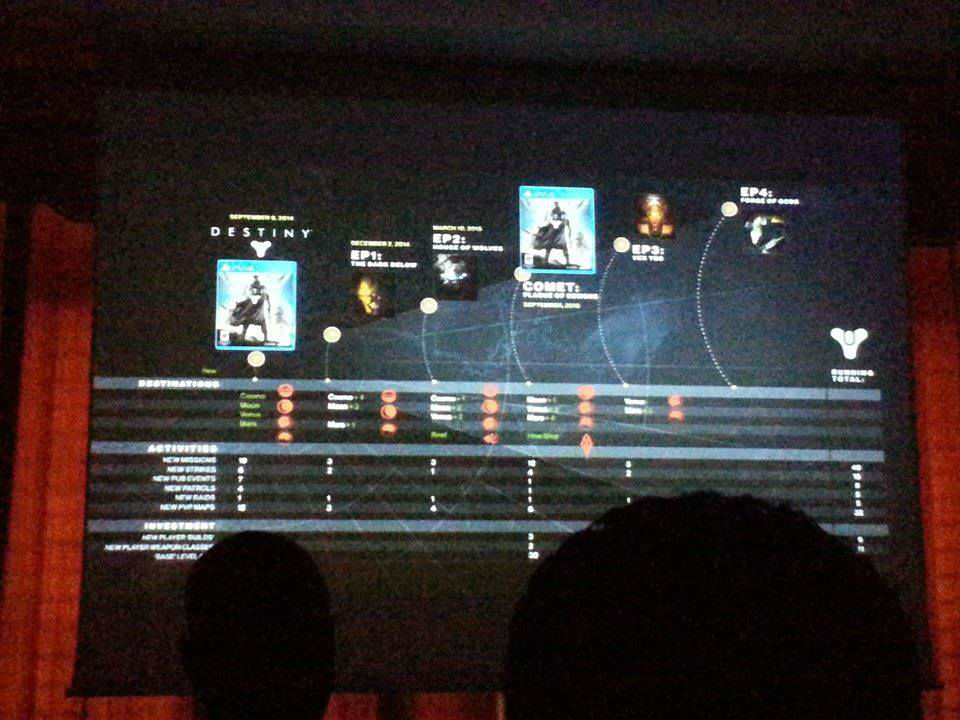 For those interested in the direction that Bungie will be going with their most recent FPS, a relatively unknown leak from an Italian Destiny blog displaying the expansion plans for Destiny has gained some traction since it first dropped in October.

The blurry photo shows some info that has already been confirmed/released like the Dark Below (released December 9th) and the House of Wolves (due March 10th) DLCs, but some unconfirmed addons are shown to be on their way as well.

The most notable aspect of the leak is a substantial expansion that will likely replace the current iteration of Destiny in stores. The expansion dubbed “Comet: Plague of Darkness” shows a massive collection of missions, strikes, PvP maps, and more. Story-wise we will likely see a more detailed exploration of the Hive or more specifically the Hive Ship.

Two smaller expansions — the continuation of the episodic addons Dark Below and House of Wolves are due after the Comet’s release and while no price point is known as of yet, it’s reasonable to expect a similar price as the former episodic addons — $19.99.