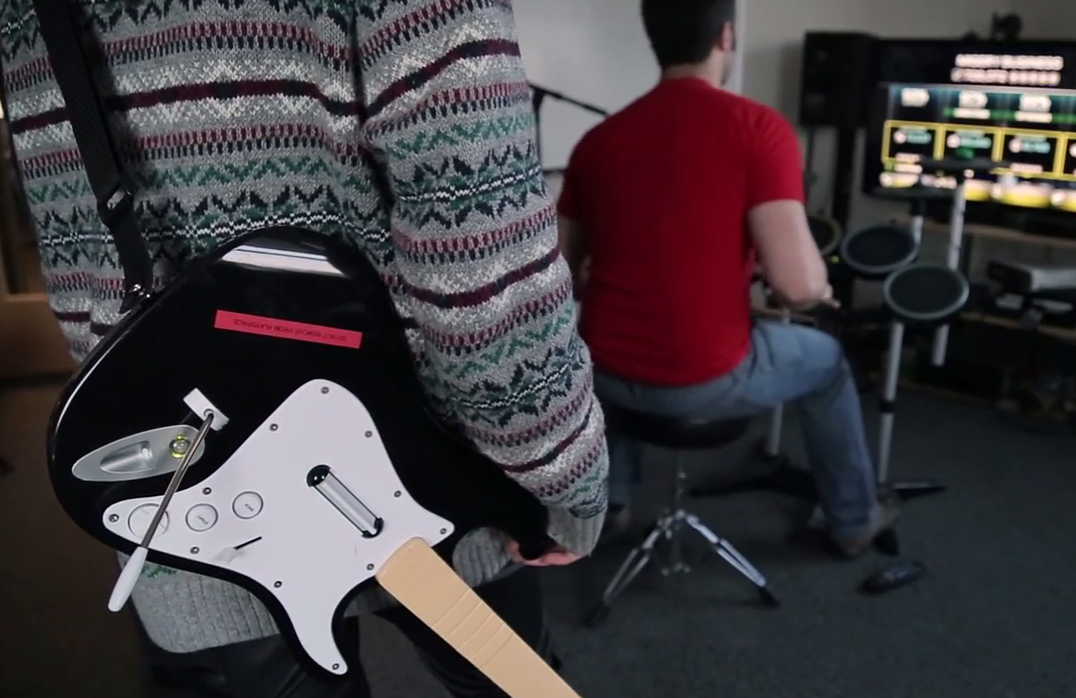 After gauging community interest, Harmonix Music has decided to pull the trigger on the development of a new-generation Rock Band game.

After a five-year hiatus from the core series, Rock Band 4 will again bring the classic local-multiplayer focused experience with four players each grabbing a guitar, bass, drum-set, or microphone as they embark on their own rock journey.

Rockband 4 now brings their biggest selection of songs ever with over 2000 to choose from as DLC on the Rock Band Music Store and the devs at Harmonix have stressed the fact that they’re not being forced into this endeavor of making a new game.

“We’re making a new Rock Band because we want to make a new Rock Band … Everyone in the studio has that creative recharge where we’re not responsible to anyone but ourselves.” – Aaron Trites Behind the Scenes with Harmonix

Harmonix’s excitement due to not being pressured by any outside entity is certainly well-understood. During a time where the vast majority of developers are subject to the influence of investors, publishers, or other factors Rock Band looks to stand out as the devs make the game they want to make.

Harmonix is expected to announce more details during the 2015 E3 Expo at the Los Angeles Convention Center during June.