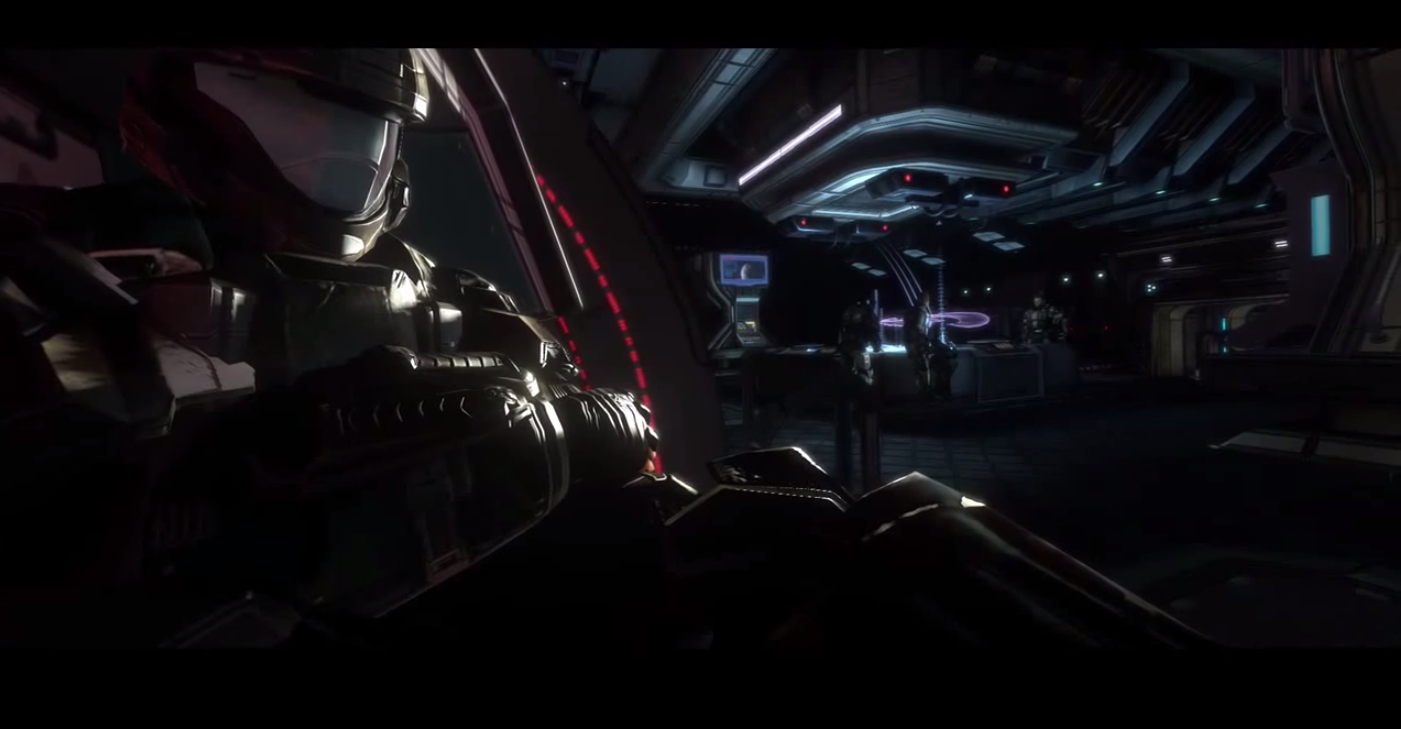 When Halo 3 ODST first released back in 2009 on the Xbox 360 it was met with some conflicting criticism. This first-person shooter released for a full $60 but some suggested the amount of content within the game was simply not enough to warrant that. Other disagreed, as it gave Halo fans a new experience along with an incredible story playing as an Orbital Drop Shock Trooper. This approach gives players a new vulnerability and a new take on combat in Halo games.

As the game re-releases on the Xbox One

for a very modest $5, it would feel wrong not to have an extended review of the game branching off the full Master Chief Collection review. (If you haven’t read it yet check it out here!)

While Halo 3 ODST is not actually part of the direct story of Master Chief, much of its campaign ties in very well and in a fairly clear manner with the beginning of Halo 3 starting just as ODST ends. Like Halo 3, the fighting is focused on Earth — unlike Halo 3, players take on a role of a much more humble ODST soldier. Throughout the game players cycle through five soldiers with the Rookie serving as the single chararcter players consistently come back to as he tries to uncover the mystery of where his lost squad mates are.

Gameplay wise, the game plays directly off of the Halo 3 engine, but for those that never liked the run-and-gun Halo style that has become synonymous with the franchise this gameplay may be more enticing to you. As an ODST soldier your player is just a tad slower than the Master Chief and also has significantly weaker shields and health. This forces players to turn elsewhere for a tactical advantage — and that advantage comes in stealth.

The entire game slows down with this new approach and offers gamers a much greater opportunity to appreciate the art-design, music, and other aesthetics that make the game so unique in the Halo universe.

Though when you do take control of the other characters and the fire-fights get a bit more intense the classic Halo feel comes out in a fairly balanced way. Your character is still weak, but stealth isn’t a necessity. Even six years after it released this balance plays perfectly.

While the gameplay is terrific, the story is what will likely draw most fans in. Taking place on Earth in the African city of New Mombasa, Halo 3 ODST takes players through five individual stories of each member of a single ODST squad that had their mission derailed by another commanding officer — Captain Veronica Dare.

As the squad “prepares to drop” into battle their drop-pods are sent awry into the New Mombasa city after their intended place of descent — a covenant cruiser — jumps into slip-space.

From the beginning players take on the role of the aforementioned Rookie who the game pulls back to after each mission. The Rookie is a completely silent protaganist, but the rest of the squad is as vocal as they can be with Gunnery Sergeant Buck, played by Nathan Fillion, being the most prominent of them all.

The events of Halo 3 ODST are crucial for any fan of the Halo lore. Sergeant Buck and his role in Halo 5 can be traced back to what happens with his ODST squad — though for the sake of avoiding any spoilers, nothing specific will be mentioned in this review.

The entire game plays as a mystery on the Rookie’s end and uncovering that serves as the primary focus all game long. The story is greatly benefited by a collection of audio logs that can be found throughout the city. These audio logs explain the story of Sadie and Vergil — the superintendent program for managing New Mombasa’s public services. While the story is fantastic to play through without this side story, it is truly fulfilling when you find them all. All in all, the Halo 3 ODST campaign is one of the best stories you can currently play on the Xbox One.

While the Xbox One version of Halo 3 ODST omits a popular multiplayer game mode that was originally included in the game, it is only fair to make mention of it. Halo 3 ODST includes a 4-player online co-op mode called Firefight which offers a wave-by-wave experience of mowing down covenant. The mode takes small sections of the ODST campaign and creates an area for players to defend together. Firefight is an excellent side to the main game and offers a great arcadey-style with an unlimited number of rounds. A squad simply plays until they run out of a lives with each wave getting subsequently stronger. Though the game mode was good fun, it is but one small drawback in an overall, great game.

Halo 3 ODST is well worth the five bucks that Microsoft will be charging for the DLC to the Master Chief Collection. The gameplay is still spectacular, and the mood is set wonderfully playing as the Rookie and the way it contrasts to the typical Halo games is done so tastefully. And while Master Chief isn’t a main character in the game, the story of this squad and what happens in New Mombasa is intrinsic in the overall story of Halo and Buck’s progression ties in fittingly with the upcoming Halo 5. 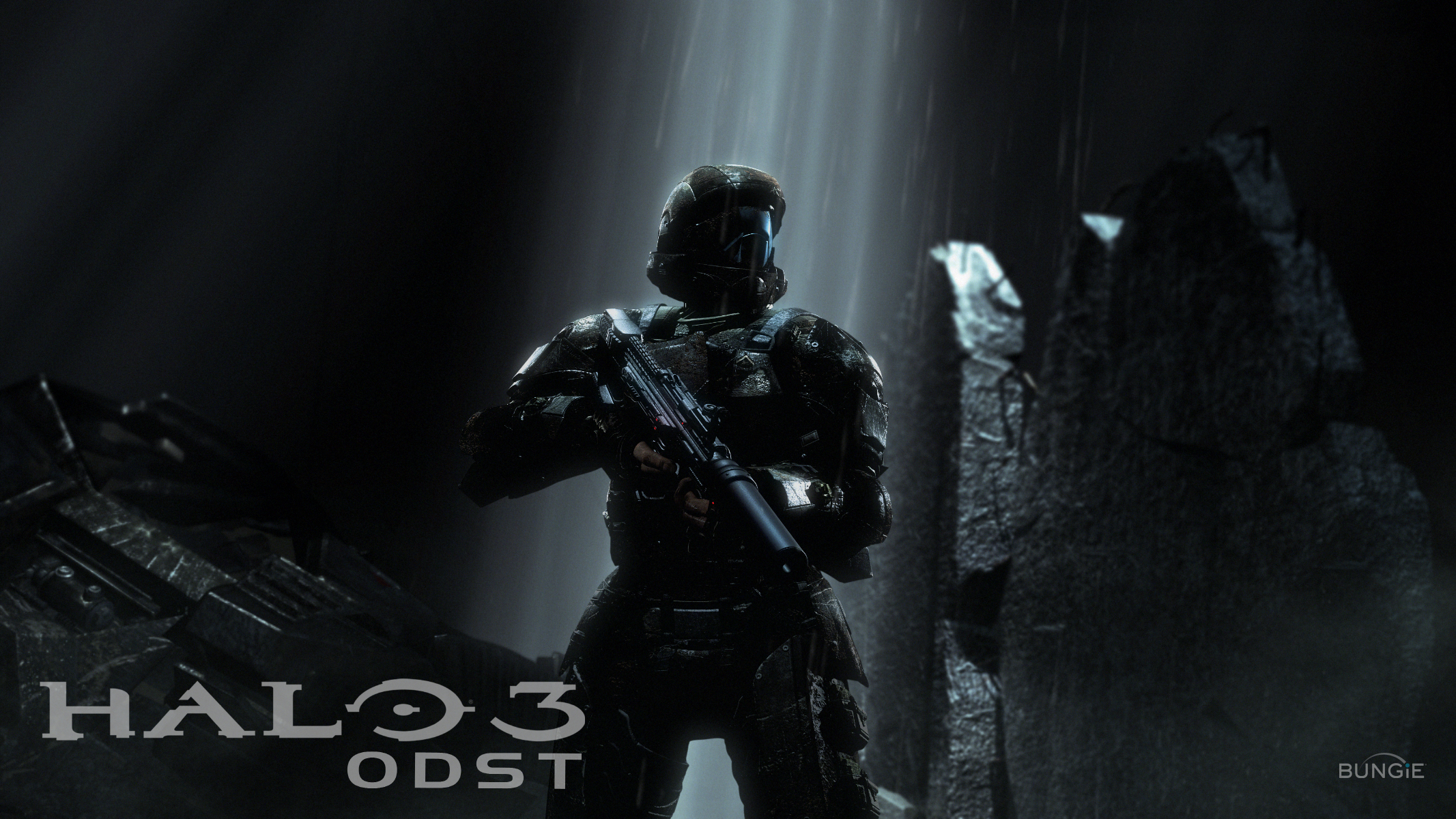 ‘s initial release, 343 Industries is finally rolling out the free codes for Halo 3 ODST on Xbox One. All users that logged in on Xbox Live to play the Master Chief Collection between November 11, 2014 and December 19, 2014 will be getting a message from Xbox making them eligible for the free DLC.

Those who purchased the Master Chief Collection after December 19 can still get ODST for $4.99 on the Xbox Store.

Like the other remasters/ports, ODST receives a boost in resolution — now 1080p — and framerate — now 60 fps.

As of right now the game only includes the Campaign mode — leaving out a fan-favorite in firefight. The game does incorporate into various playlists like the LASO Campaign.

Did you download Halo 3: ODST? Here is how to launch it: Start Halo MCC, then head to Campaigns>Halo 3>Halo 3: ODST pic.twitter.com/Hz0qZ1VrOd

Outside of ODST, a variety of other updates and additions are being incorporated in the most recent community update.

A remastering of the Halo 2 map, Relic is now being added to Halo 2: Anniversary under the name Remnant.

File share searches are also being made much more intuitive as 343i adds the ability to search for individual players to access their custom maps, game modes, and more.

For more details and a full list of Halo 3 ODST achievements check out Halo Waypoint.