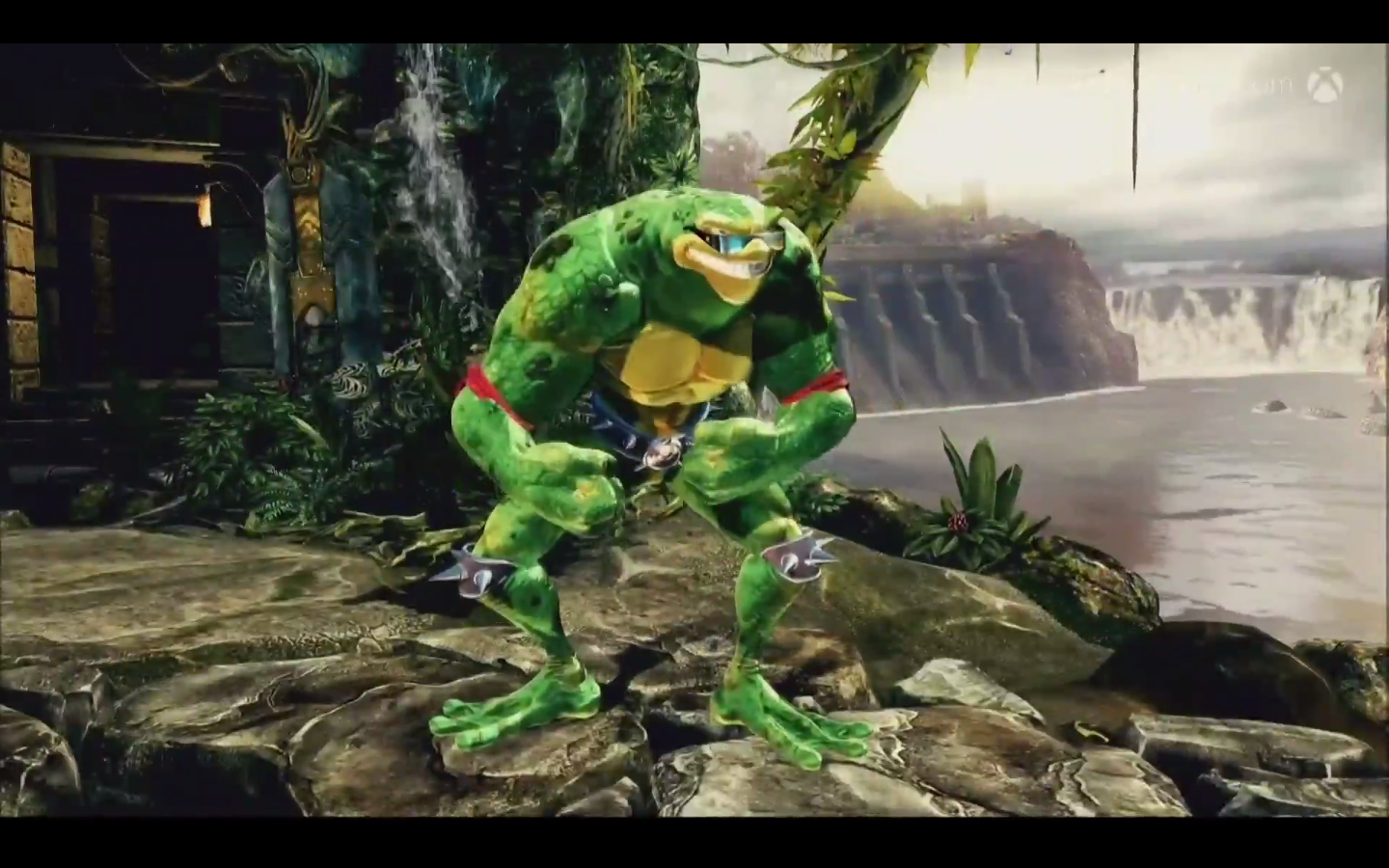 Microsoft had a few things to talk about their Xbox One and soon to be Windows 10 exclusive, Killer Instinct, during the Xbox Gamescom 2015 briefing.

First was the fact that Killer Instinct Season 3 will start in March 2016 with Xbox One and Windows 10 cross-platform play. All controllers and fight/arcade sticks that work on the Xbox One will also be compatible with Windows 10.

However the last but most surprising information was Rash, from Rare’s Battletoads seires, was stated to be a new playable character starting today.

It seems that Microsoft’s constant flow of new content to support the game and the very passionate community that Killer Instinct has is benefitting them greatly. And with the appearance of Rash in Killer Instinct, is there a possibility of other Rare characters like Banjo-Kazooie or Conker entering the fight? Surely more cross-overs from other Rare titles would be well appreciated, especially from long time fans of Rare.

The trademark application originally brought to light on NeoGAF shows Microsoft has filed a video game patent for the 1991 beat em’ up/platformer, Battletoads.

Rare, the developer behind the notoriously difficult game, was purchased by Microsoft in 2002, but the dev has struggled to put out many memorable or worth while games.

It’s reasonable to expect the NES classic to be brought to the console (and possibly PC as well) with a typical arcade-game style that Microsoft encourages.

Killer Instinct, another classic game that has been revived on the Xbox One, was re-envisioned and upgraded with more contemporary graphics and gameplay.

Whether Battletoads will follow-suit with a new experience or if it will be just a remake with an HD resolution is entirely up to speculation.