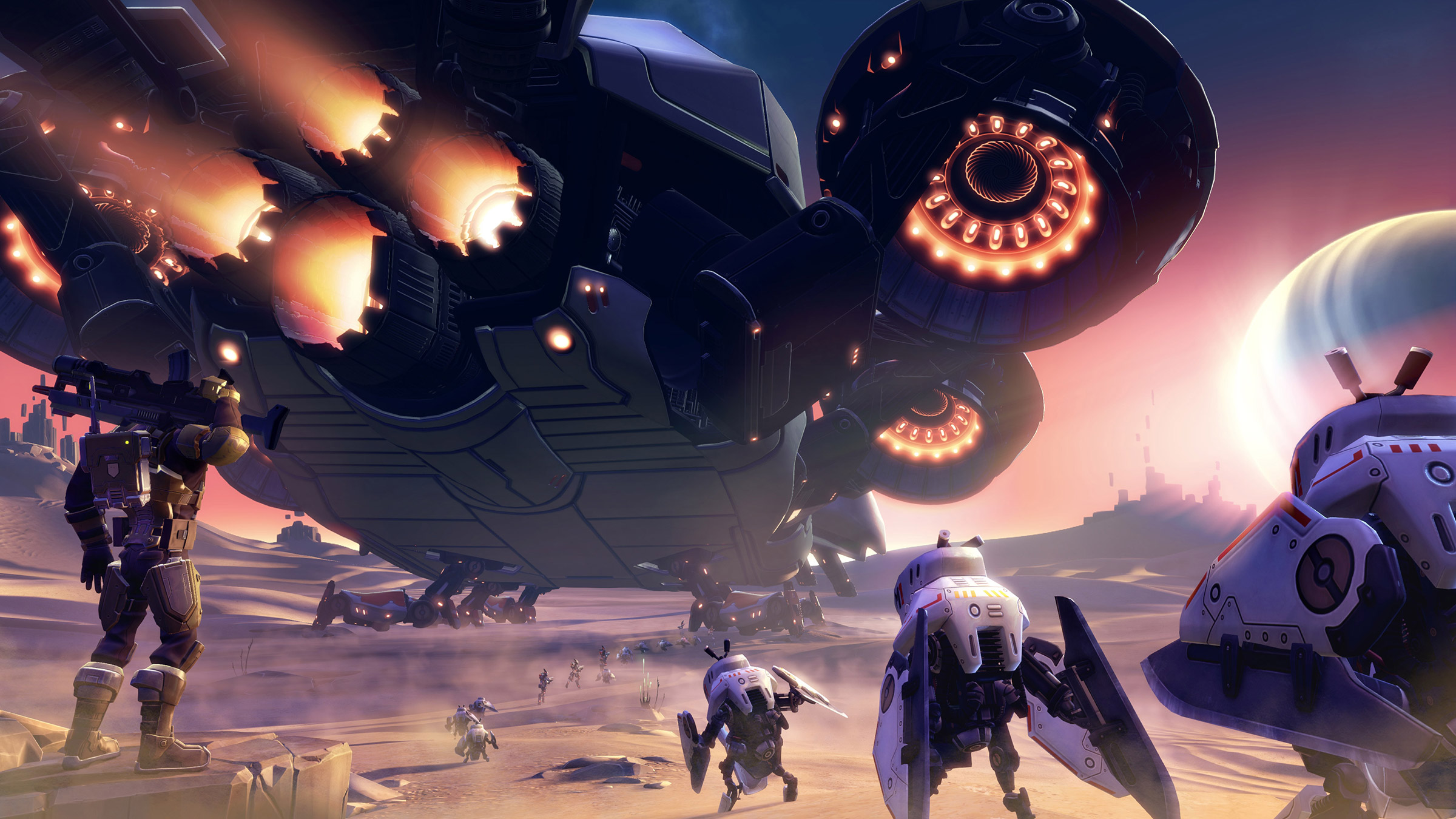 Coming in 2015 to Xbox One, Playstation 4, and PC, Gearbox prefers to call their newest upcoming FPS a “hero shooter,” and with the variety of powers in their main characters it certainly seems fitting. Comprised of 20 unique playable characters, Battleborn promises a great deal of variety of abilities and personalities that players will take on as their own lead character throughout the triple-A title.

These characters abilities and traits will change the way you approach the open world from the start and will enhance the game even more through a co-operative multiplayer experience. Though not all the characters are revealed so far, Gearbox’s official forum posts reveal a few specifics about their capablities.

“…Rath of the Jennerit Empire wields swords and is a melee specialist who scoffs at other characters, like Oscar Mike, who uses guns and calls in airstrikes. Meanwhile, Thorn of the Eldrid is deadly accurate with her magic-infused bow and arrow and is strong when paired with Miko, who can heal and buff allies in between ninja-like attacks with deadly Kunai.”

Though their presets are determined from the beginning, each character is cosmetically customizable.

“Keep in mind that each Battleborn hero can also be customized both cosmetically and through game play builds that span various play styles or otherwise enable you to adapt to the very dynamic game play that unfolds.”

These characters and unique personalities team up to take down one main antagonist, Varelsi — “an unstoppable menace trying to destroy the last star in a dying universe.”

With a 5 player online co-operative campaign (along with a competitive online multiplayer) Gearbox has an emphasis on teamwork and utilizing all of your unique abilities together to progress. It will also include local split-screen multiplayer as well.

Battleborn is sure to draw from Gearbox’s experience with their last game, Borderlands, as it has a similar gameplay-style with its clear priority on co-operative multiplayer.

For more info about Battleborn, check out Gearbox’s official forums.