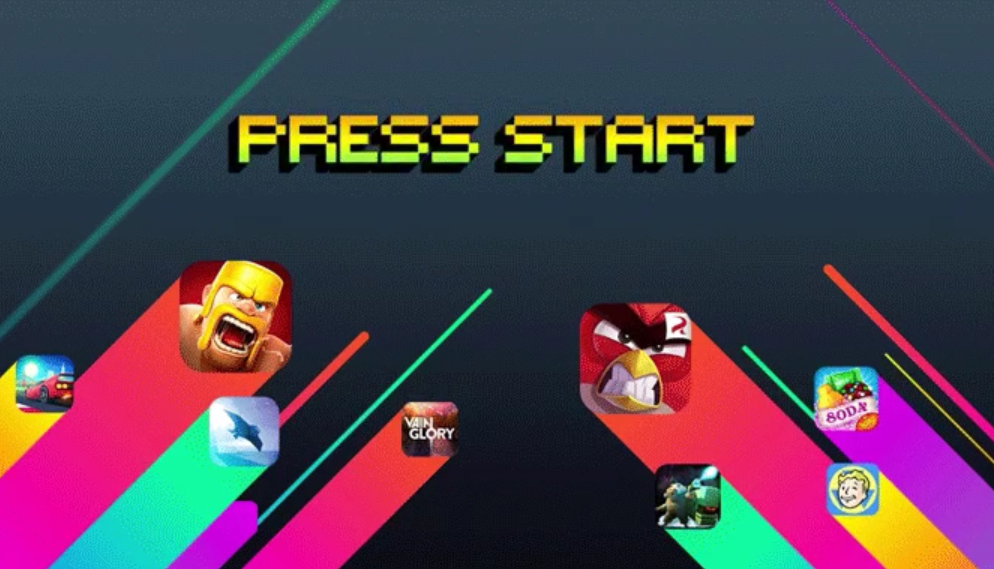 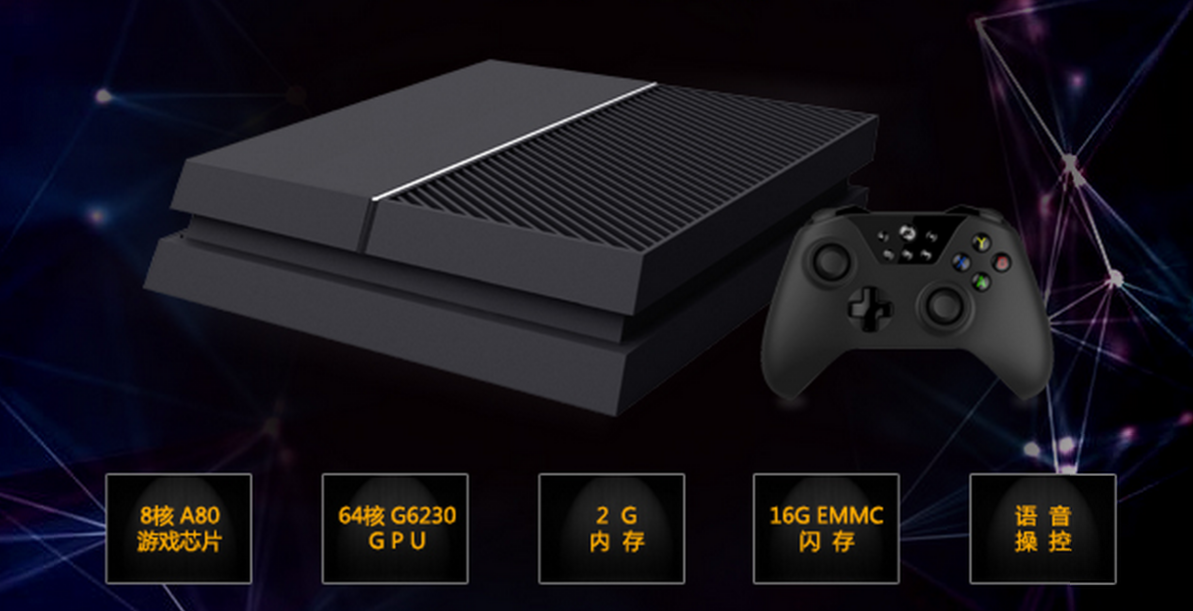 The obvious rip-off versions of gaming consoles isn’t a particularly strange sight to see with things like the Playbox 720, Polystation, Chintendo, and more, but one specific Chinese company is going for the hat-trick in console rip offs.

The OUYE is currently available to be backed on jd.com — a Chinese version of Kickstarter. The console’s creators are looking for ¥100,000 (roughly 15,000 U.S. dollars). The name is quite literally one letter away from the OUYA — the android gaming console recently sold to Razer. The console itself is a near mirror image of the PlayStation 4’s exterior design. The console boasts “powerful” specs like 2 GB of DDR3 RAM, an A80 processor, and 16 gigs of flash memory! Processor/GPU wise it actually is on a similar level to the OUYA.

The final piece giving this console the rip-off hat trick is the controller. It’s completely identical to the Xbox One controller with just a minor alteration — the removed Xbox Home button in the center and the replacing android-centric buttons.

The UI also looks fairly similar to the Xbox One UI with the large button layout and tabbed home screen menu bar. The creators of the console have 30 days to finish crowdfunding — but it’s not looking so great with 0 supporters for even 1 yen. 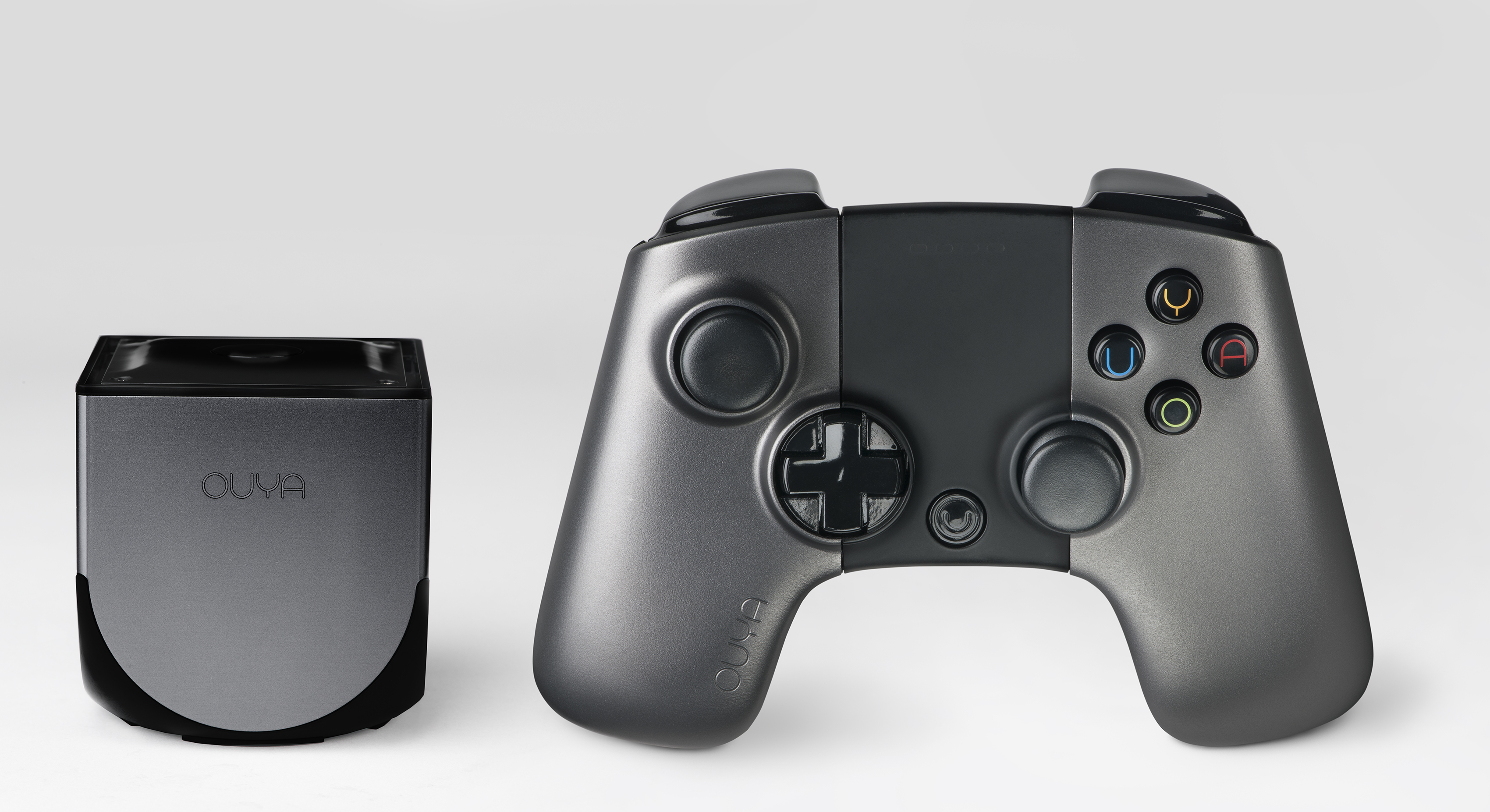 ‘s saga as the gaming console underdog has come to a close after it’s steady decline following a lackluster reception upon its release in 2013. The gaming computer hardware/accessory company Razer has purchased the software division of Ouya.

The deal gives Razer all of Ouya’s development team, the online store, and already completed software work done by the Ouya team. No specific amount has been disclosed, but the deal does not come as a surprise with many rumors circulating over the last few weeks that this deal was coming.

The acquisition makes perfect sense with Razer’s own recent ventures within the Android gaming console universe as they prepare for the release of Forge TV.

Despite what is perhaps the final mark in the steady decline of her company CEO of Ouya, Julie Uhrman, expressed her happiness in what her team had accomplished and her confidence that Razer can help what they’ve already built continue to grow and evolve.

“Can’t wait to see what [Razer] does. Take care of my incredible team and community…”

“OUYA was a once in a lifetime experience. Now, I’m off to find the next…stay tuned.”

Ouya began in 2012 as a kickstarter project to create a video game system on the Android platform with a focus on platformers and other Android games. The project generated over $8.5 million from supporters, but the quality of games and shaky initial launch hindered the attractive $99 price tag.

The system is now considered a failure in terms of what the original backers had expected, but the potential in less hardware intensive consoles is decent enough for more companies to take a shot at. Razer’s experience in hardware could prove to be terrific in the continuation of the Ouya brand.