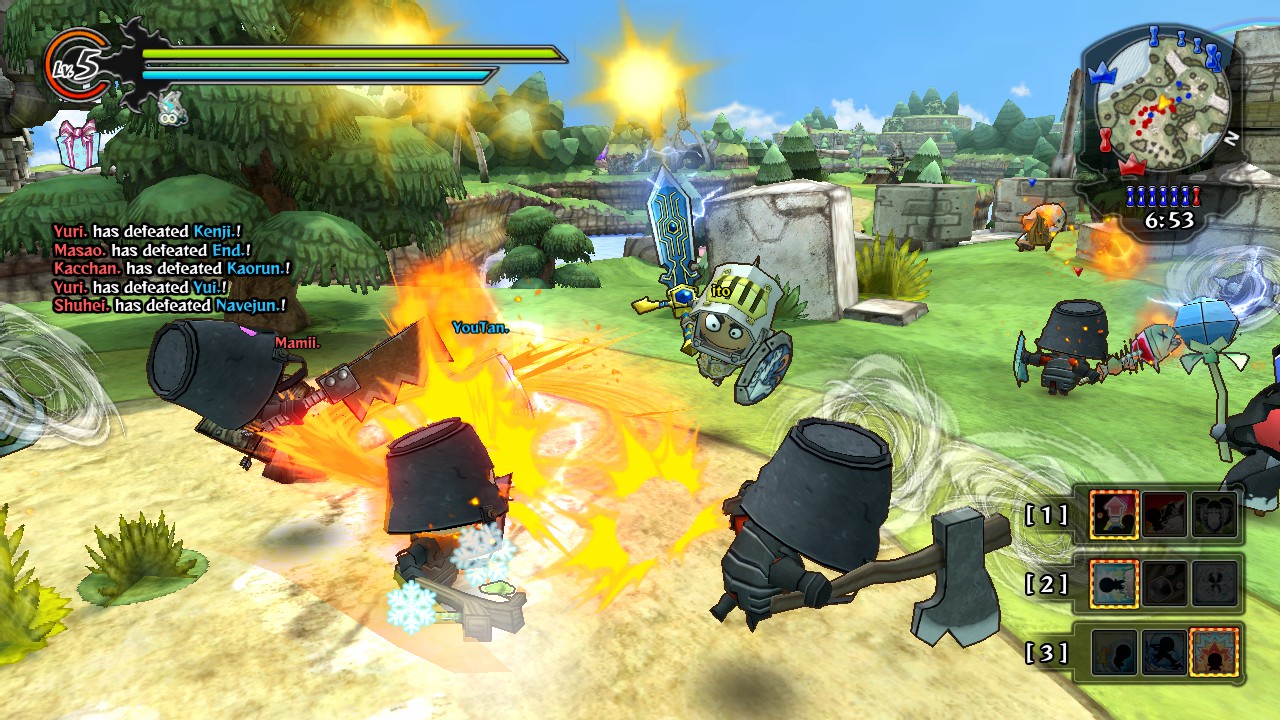 The highly popular free-to-play Xbox 360 title, Happy Wars has been announced for the Xbox One. The campy art-style and comic violence of Happy Wars will release on the new generation console on April 24 (this Friday).

All save data from the Xbox 360 iteration will carry over to this new release and while the core of the game is the same as it was there is a variety of minor improvements and bonuses.

Most notably the entire UI was overhauled to fit the Xbox One and notable visual upgrades have been added as well with the more powerful console.

Gameplay-wise a feature that probably should have been incorporated into Happy Wars’ initial release in 2012 is being added — 4-player splitscreen multiplayer.

Those who are quick to download the free game will receive a few small bonuses. 20 happy tickets, a “buff pincer” (to remove “buffs” from weapons), and a mountaineer backpack accessory.