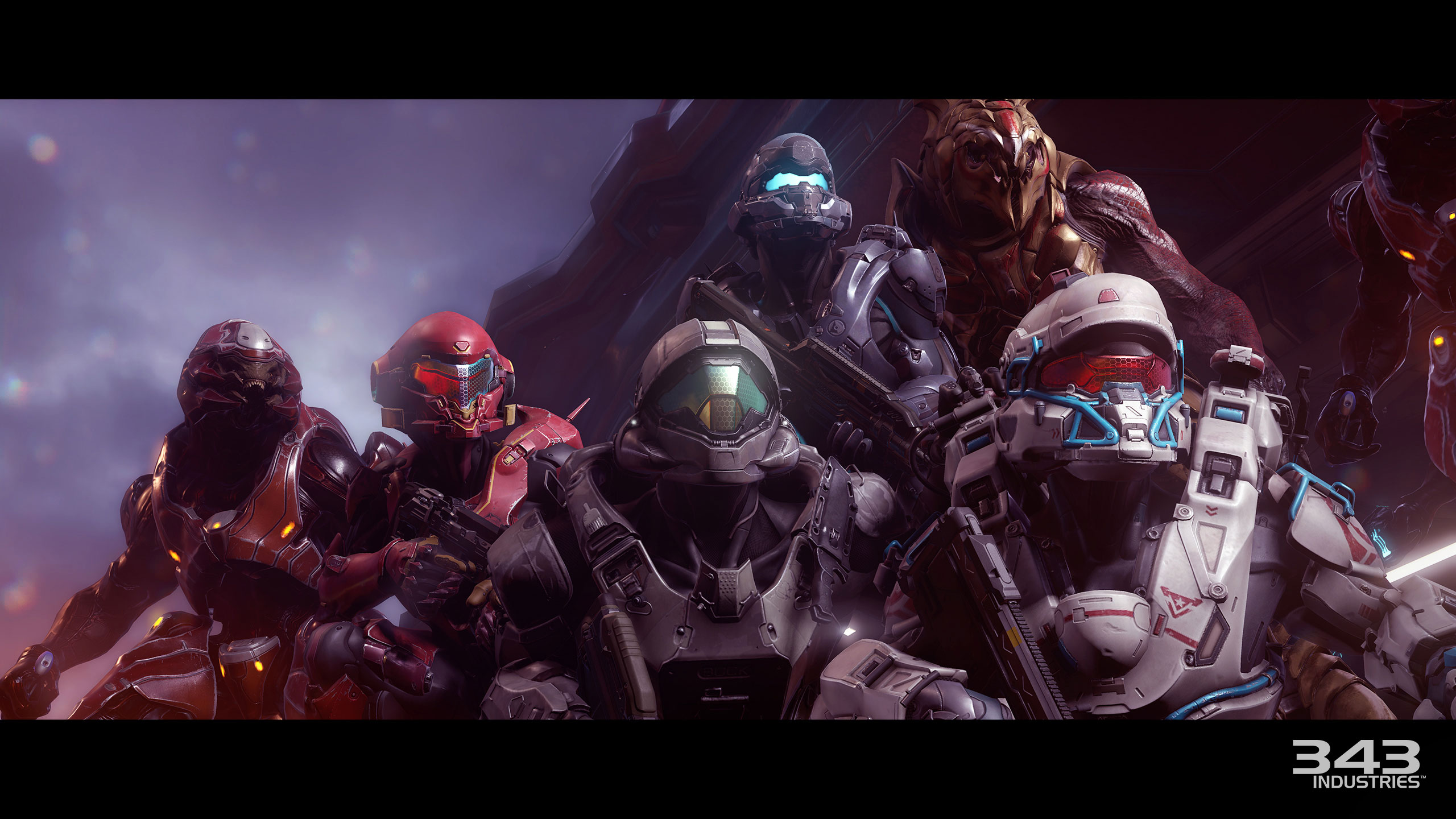 When Bungie released Halo back in 2001 one of the biggest features that made the game so shareable, fun to play, and a pop-culture hit was its incredible multiplayer. Now, 14 years later 343 Industries is looking to capture that same level of fun in a multiplayer but matching it to more contemporary gameplay with online co-op play.

343i’s latest blog by Josh Holmes — the head of the studio — explains that the past love that many gamers had for the co-op campaign was the inspiration to fully integrate that experience into Halo 5. No more seeing three or four Master Chiefs roaming around together for a completely unexplained reason. Now the introduction of fire teams gives Chief true reason to have the back-up he has when playing the multiplayer.

“…we have committed to co-operative campaign at a fundamental level. This creative pillar has influenced many decisions throughout the game’s technology and design. While you can still expect the same great single-player experience that Halo campaigns have been known for, engaging in co-operative play gives the campaign a new level of depth and richness.” – Josh Holmes

The biggest change in the multiplayer is the new “drop-in, drop-out” feature allowing new players to join another’s campaign without waiting to restart a level. The fireteam that both Master Chief and Spartan Locke fight besides are with you through the entire game and when real teammates aren’t there to help you the A.I. will pick up right where you left off. Chief and Locke are both capable of directing their A.I. squads wherever they see fit.

Another key aspect of the fireteams is their importance to the story. The accompaniment of additional spartans helps the personalities within the Halo universe expand significantly with some new and returning characters. (And even some vastly different characters since the last time we met them in a Halo game — like Sergeant Buck.)

Blue Team’s accompaniment of Master Chief will help players gain a greater perspective of the Spartan II’s past.

“We’ve deliberately designed these two teams to provide visual contrast with one another. Blue Team have a heavier, more weathered feel. Their technology is proven, reliable, and practical in nature. Fireteam Osiris represent a new generation of Spartans. Their armor is sleek and modern, technologically advanced and displaying less wear.”

Check out Halo Waypoint for more details regarding the Halo 5 co-op campaign.