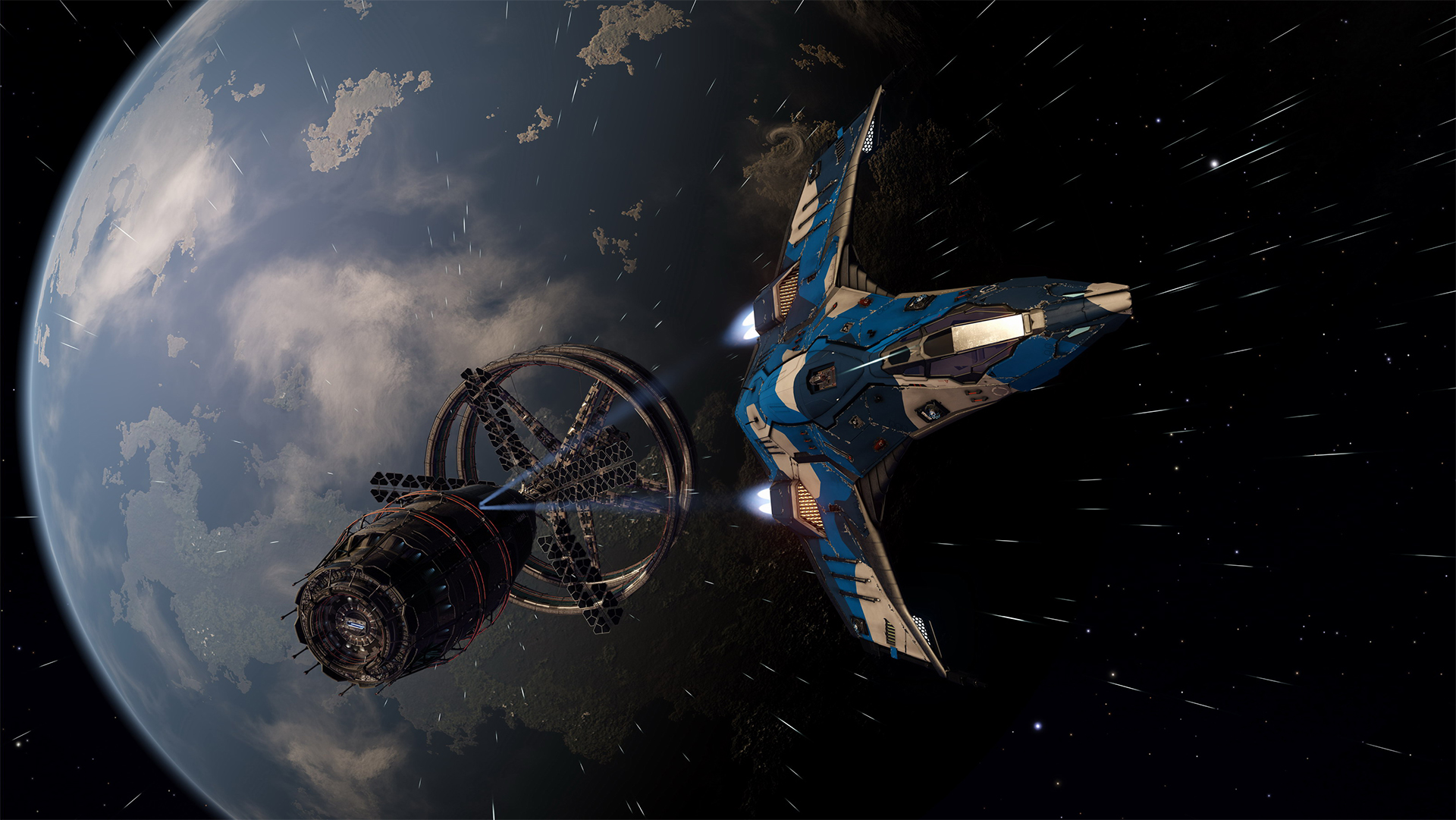 The Elite space-sims have long brought massive worlds to witness and explore, and for the first time since its 1991 Nintendo Entertainment System release, the game is coming to consoles later this year.

Elite: Dangerous takes everything good that the series has ever had and expands on it to create an even more immerse experience in the extensive universe that encompasses a staggering 400+ billion individual star systems for players to explore in an MMO setting.

Placing players 1000 years in the future in a time where everyone has their own interstellar space ships during a time of galactic civil unrest on the brink of all-out war and chaos.

Each player has their own customizable ship with its own weapons and features that accomodate whichever style of play someone may choose — whether it be smuggler, bounty hunter, pirate, or something else entirely.

The game is extraordinarily comprehensive and complex and though some may worry a console version may need to be “dumbed down,” CEO of Frontier Development assured fans that is not so.

“We’ll be working with an all-new audience, but that doesn’t mean a change in direction for the game, and nor does it mean slowing development on the PC version.” – Frontier Developments Founder/CEO David Braben

No definitive release date is available yet, but for those that want to stay updated on the Xbox One version’s details sign up for email updates here.